We live in exciting, unpredictable times. The boundaries of our knowledge are expanding at an accelerating rate, just like the universe we live in. It is impossible to know what the world will look like even five years from now. But amid all this uncertainty there is one thing we can be certain of - with your support - the AAVSO and it's members and observers will be ready to meet the challenge as new scientific discoveries unfold before our very eyes.

Take for example, the recent discovery of KIC 8462852, the most extraordinary star in our galaxy. A subject of scrutiny by the Kepler space telescope, this star has shown some inexplicable behavior. KIC 8462852 dims by as much as 20 percent at irregular intervals, suggesting that there is something in orbit around this star that blocks the light coming towards us.

Even though Kepler was designed to find planets around other stars as they transit across the face of stars from our point of view, it’s obvious that this material is not simply a planet.  Even a planet as large as Jupiter would only dim the light by 1 percent. A favored suggestion is that it is debris from comets that have been drawn into relatively close orbit to the star.

It has even been suggested that the objects eclipsing the star could be parts of a megastructure made by an alien civilization, such as a Dyson swarm, a hypothetical structure that an advanced civilization might build around a star to collect some of its light for their energy needs.

As soon as the story about this fascinating variable star broke, the AAVSO created finder charts and encouraged observers to begin monitoring the object to assist in unraveling the mystery.

As we have done for over one hundred years, the AAVSO will be ready to acquire and archive data for the scientific community indefinitely into the future. There are new missions and new telescopes coming online that will be looking at millions of stars, and when another exceptional, mysterious object draws the attention of the world, with your help, the AAVSO will be there, ready to conduct observations and analyze the data.

So how can you help? By making a tax-deductible donation to the 2016 Annual Campaign. Your gift will help us continue to supply scientists, amateur astronomers, educators and students with the data, tools and services they can only get from the AAVSO. Your gift of $50, $100, $250 or more, will help to keep the AAVSO at the forefront of scientific collaboration. 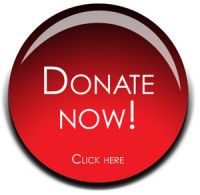 The 2016 Annual Campaign runs from May 2nd to June 30th this year. Please consider making a donation today.

The American Association of Variable Star Observers is a registered 501(c)(3) non-profit scientific and educational organization. All donations are tax deductible to the extent the law will allow.

You can also send checks or money orders payable to AAVSO to: