Alert Notice 610: Anticipated primary eclipse of b Persei by the third star

January 26, 2018: An AAVSO campaign on the bright star b Per has been launched at the request of Dr. Donald F. Collins, who writes:

“Dr. Donald F. Collins (AAVSO member, Swannanoa, NC), Dr. Robert Zavala (US Naval Observatory, Flagstaff Station), Jason Sanborn (Lowell Observatory), and Anatoly Miroshnichenko (University of North Carolina, Greensboro) have requested high time-resolution observations of the bright star b Persei (V ~ 4.57) during the next predicted eclipse, or transit, of the third star across the system as it is predicted to transit the inner pair of the triple system during the week centered on February 12, 2018.  Four previous eclipses have been observed by AAVSO beginning in early 2013 (AAVSO Alert Notices 476, 507, 537, 563).  Excellent high time-resolution light curves have been collected for the last three observed eclipses.  The light curves of each of the previous observed eclipses are shown in Figures 1–4.

“b Persei is not to be confused with Beta Persei.  The b Persei system (HIP 20070, SAO 24531, HR 1324, HD 26961) consists of three stars.  The A and B components are close-orbiting (1.5237 d period) in a low-inclined orbit that exhibits ellipsoidal variation. The brightest star of the pair is spectral class A2V.  The other two stars in the system are believed to be spectral class F (Hill, G., Aikman, G. C. L., Cowley, A. P., Bolton, C. T., and Thomas, J. C. 1976,  ApJ, 208, 152).  The third star C of the system orbits the inner A-B pair and has been observed to transit behind the A-B pair in a “secondary eclipse” every 704.5 days (the February 2013 transit – Fig. 1; the January 2015 transit – Fig. 2; and the December 2016 transit – Fig 4).  The only observed primary transit in which the C star partially blocks the inner A-B pair has been the March 2016 observations (Fig. 3) at roughly 0.6 fraction of the 704-day C orbital cycle after the January 2015 transit.  Hence the expected primary transit is expected February 12, 2018.  The hypothesis that the March 2016 eclipse was a primary eclipse is supported by two features:  1) The March 2016 eclipse is significantly deeper than the other observed transits as expected for a presumed spectral class F star to transit in front of and partially eclipse the much brighter A-type star of the A-B pair.  2) Radial velocity measurements in fall of 2016 and early 2017 by Anatoly Miroshnichenko have separated the close-orbiting components of the spectra from the long period orbit.  Preliminary spectral data show only the spectra of the A-type star of the system.  The long period radial velocity data of the A star during the December 2016 transit are consistent with the spectral class A star receding after being approximately stationary before the December 2016 transit.  This is consistent with the AB pair partially blocking the light of the C star during the December 2016 transit.  The RV measurements are continuing through 2018.”

Instructions to observers: “Observers are asked to obtain high-resolution time-series observations of long durations in V during the eclipses as well as time-series observations of the system out of eclipse for the two weeks surrounding the expected February 12, 2018 date (Feb. 5 to Feb. 19, 2018).  Out of eclipse data are important to calibrate the various offsets expected from different observing systems.  It is recommended to use the star HIP 20156 = SAO 39457 = HR 1330 = HD 27084 (the star labeled '55') in the AAVSO finder chart at 5.456 V as the comparison star.   For a check star HIP 20370 (J2000 RA, dec = 04 19 13.24, +50 02 55.30 ) may be used if the observer's field of view is about one degree.  This star is not in the AAVSO sequence.  Any other AAVSO sequence stars may be used as check stars if available in the observer's field of view.

“CCD and DSLR observers should follow some simple guidelines to observe bright stars.  Integration times should be kept longer than about 15 seconds by stopping down the aperture of the optics if necessary to prevent saturation.  Otherwise atmospheric scintillations during short exposures add significantly to the noise.  With short focal-length telescopes or lenses – needed for large fields of view for bright stars and the sequences – de-focusing  (FWHM ~ 4 pixels) is also necessary to avoid under-sampling among pixels on the detector array.  Co-adding the photometry data (between 5 and 20 observations averaged) or stacking the same number of images will reduce the point-to-point noise even further.  It is also important to obtain out-of-eclipse observations both before and after the event in order to match the varying zero point offsets from different observers and to match the out-of-eclipse light curves with the ellipsoidal light curve of b Persei.  Observers should also concentrate on obtaining time-series of long duration each night – especially in mid-eclipse as the transit time duration between any two stars is about six hours.  It is also hoped to receive observations from western N. America, Pacific Islands, and Asian observers in addition to the strong coverage from Europe and eastern N. America.  Spectroscopy data will also be extremely valuable – especially during the transit.”

Please submit all photometry data to the AAVSO International Database via WebObs at the AAVSO site.  A thread on the AAVSO Campaign and Observation Reports forum [https://www.aavso.org/february-2018-b-per-campaign] will be maintained to advise observers of latest developments: eclipse onsets, observing ideas.  Spectroscopy results and related comments/questions may be shared on the AAVSO Spectroscopy forum thread for this campaign [https://www.aavso.org/february-2018-b-per-campaign-spectroscopy].” 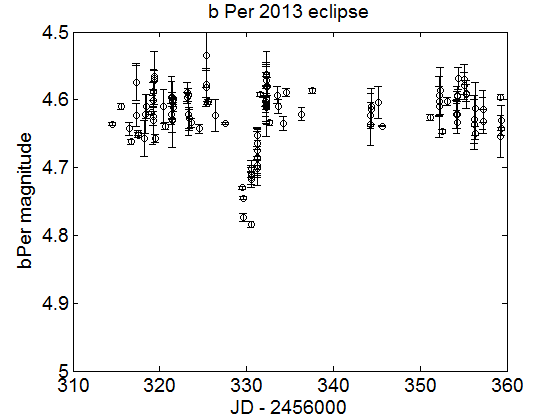 Figure 1: The first transit observations of b Persei by AAVSO.  February 2013. 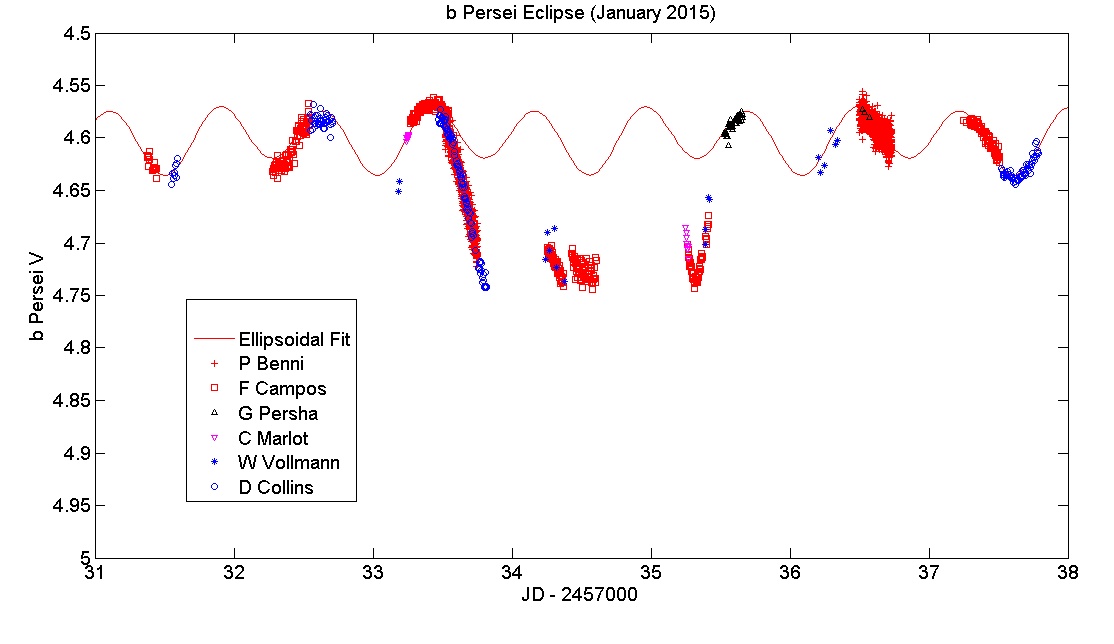 Figure 2: The first high time-resolution transit of b Persei by AAVSO.  January 2015. 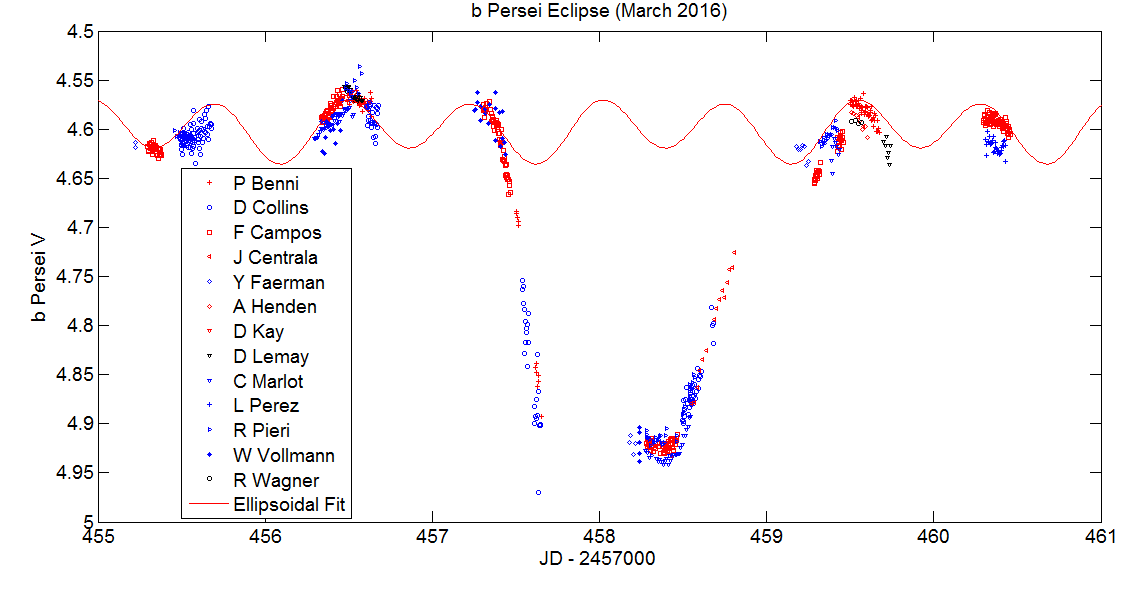 Figure 3: The first primary eclipse of b Persei by star C.  AAVSO March 2016. 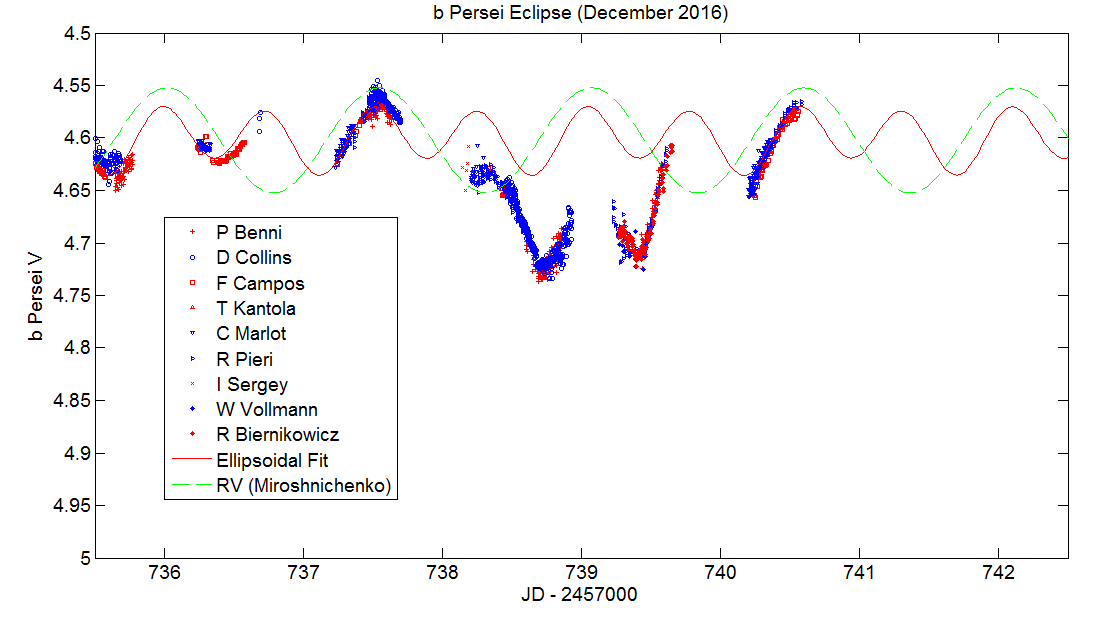 Finder charts with a comparison star sequence for b Per  may be created using the AAVSO Variable Star Plotter (VSP).

Please submit observations to the AAVSO International Database using the name B PER.