Dr. Walter writes: "It has been hanging in at V~10.3 for the past 8 years, after recovering from a dust dip. Recently, it dipped by over a magnitude in the optical bands, and has been slowly recovering. It did something similar about 200 days ago, after doing basically nothing for years. [His expanded light curve of the recent dip is below. His full light curve is here.] 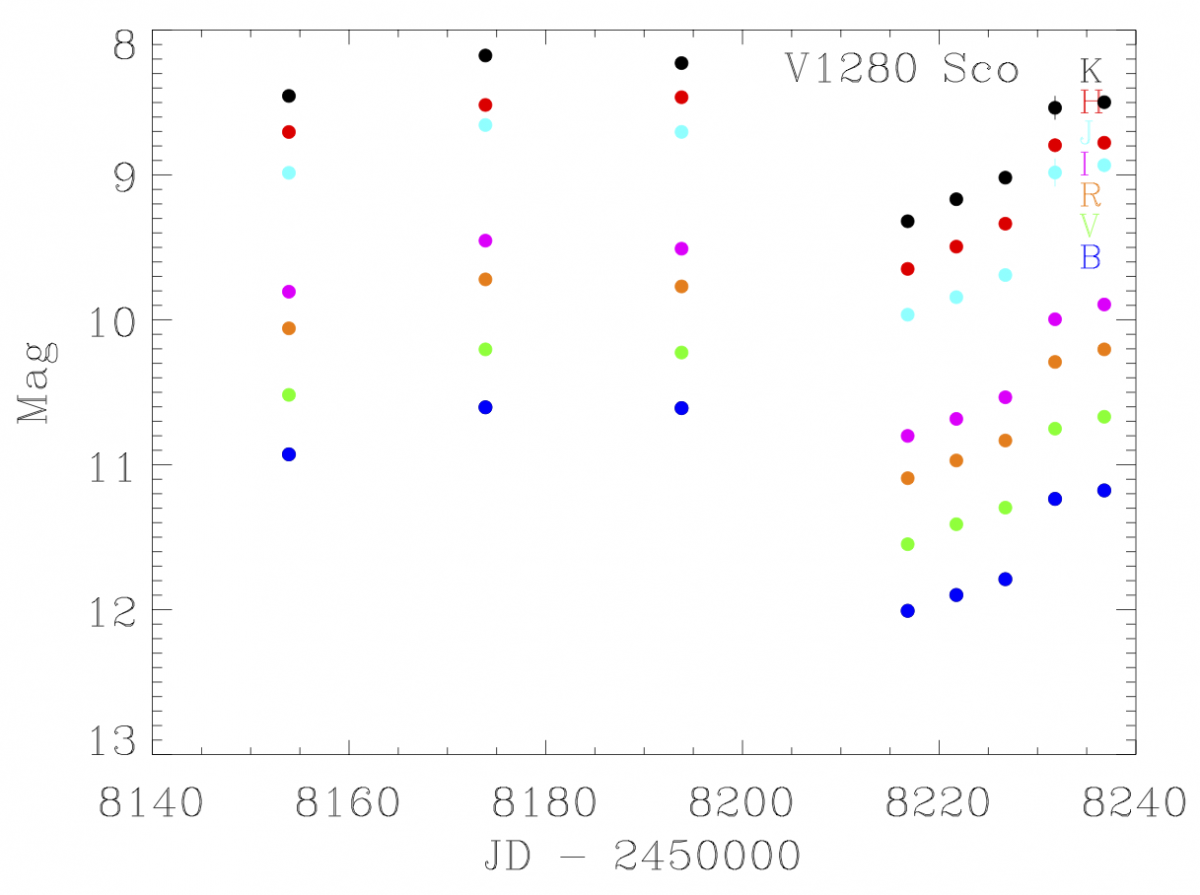 "Questions abound about V1280 Sco. Why is it still bright (it has no obvious pre-outburst counterpart)? When will it finally fade? My best guess is that this nova occurred on a low mass white dwarf, so the ejected envelope is rather massive. The ejection velocities are slow (but there is, even now, a prominent outflow in He I), and the emission lines are cool (mostly Fe II) and narrow.

"It doesn't look like a normal nova now, but it reached third magnitude in 2007 and had a prominent dust dip. It just remains optically thick."

Observers are requested to obtain nightly observations, ideally, filtered (V or B would be best), of V1280 Sco until further notice. Dr. Walter says that "a nightly cadence is needed to get a timescale for the entrance into the dip. While it is possible that nothing will happen for the rest of this observing season, good quality high cadence observations may reveal some underlying periodicities." Visual observations are also welcome. 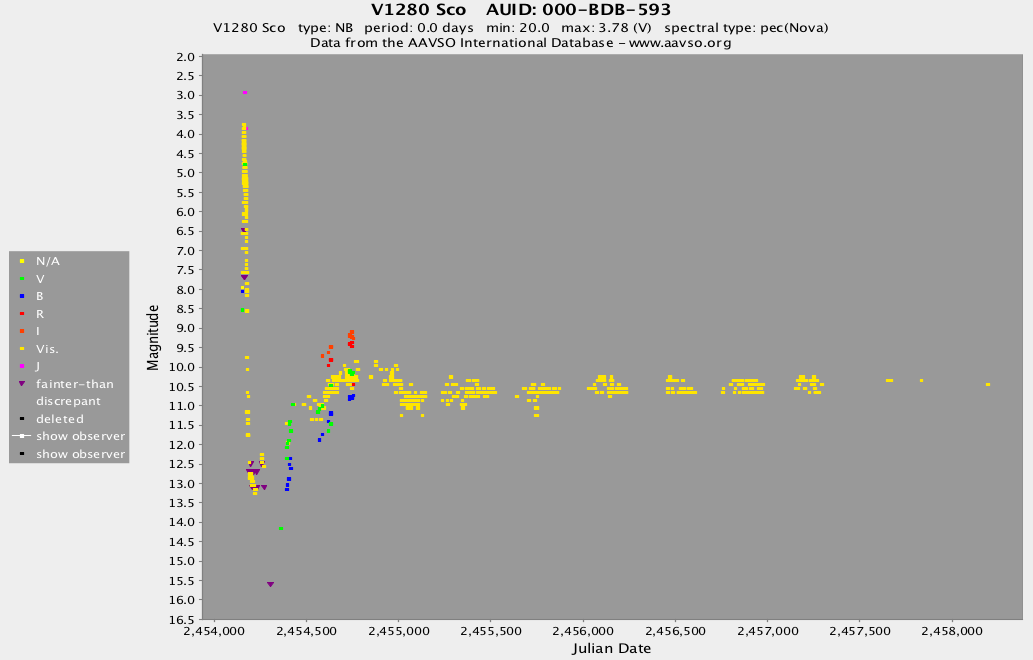 Charts: Charts with a comparison star sequence for V1280 Sco may be created using the AAVSO Variable Star Plotter (VSP).

This campaign is being followed in the AAVSO Campaigns and Observing Reports Forum at
https://www.aavso.org/v1280-sco-nova-sco-2007-campaign