Please subscribe to these threads if you are participating in the campaign so you can be updated by HQ. Join in the discussion or ask questions there!

The AAVSO requests spectroscopy and photometry of the UGSS-type cataclysmic variable SS Cyg, which has been and is continuing to exhibit highly atypical behavior.

Figures 2a-d. Some intervals of atypical behavior in SS Cyg. In these light curves fainter-thans have been omitted for easier viewing. 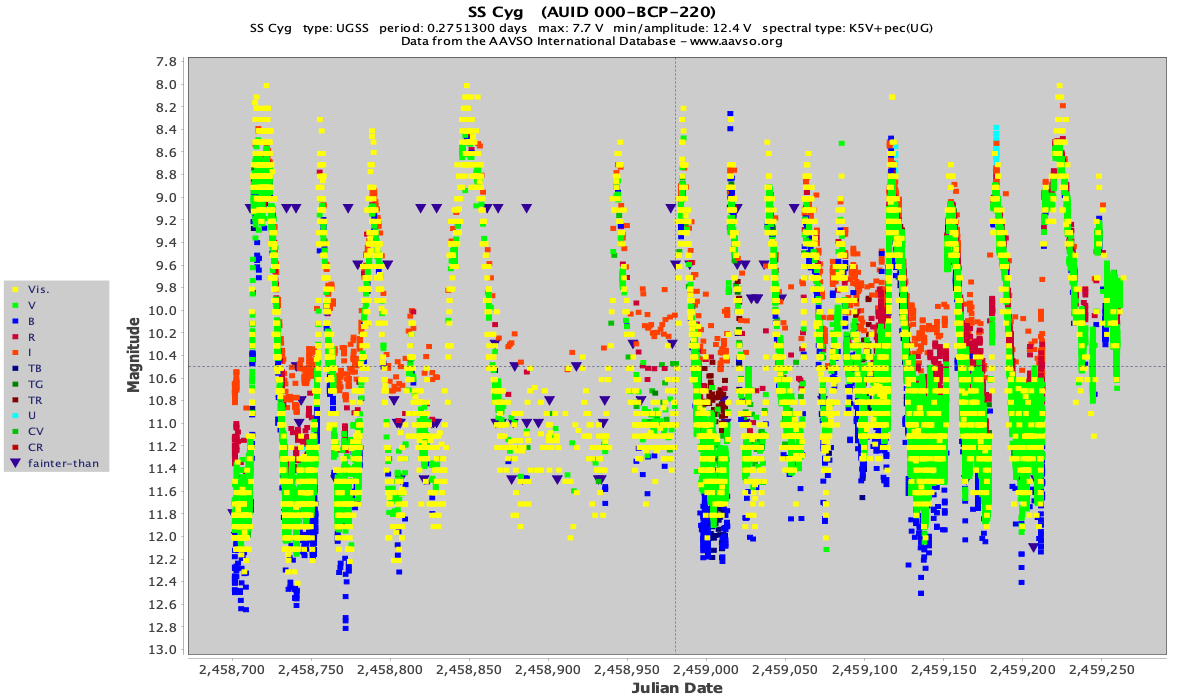 The complete light curve of SS Cyg since its discovery in 1896 is available in the AAVSO International Database. Over 1,000 observers worldwide have contributed data to the AAVSO on this prototype of its class of cataclysmic variable. The more than 688,000 observations are too many to display all at once in the AAVSO Light Curve Generator, so it is recommended to plot not more than 500 days at a time after JD 2450000. If you receive an error message when plotting, select a smaller interval. 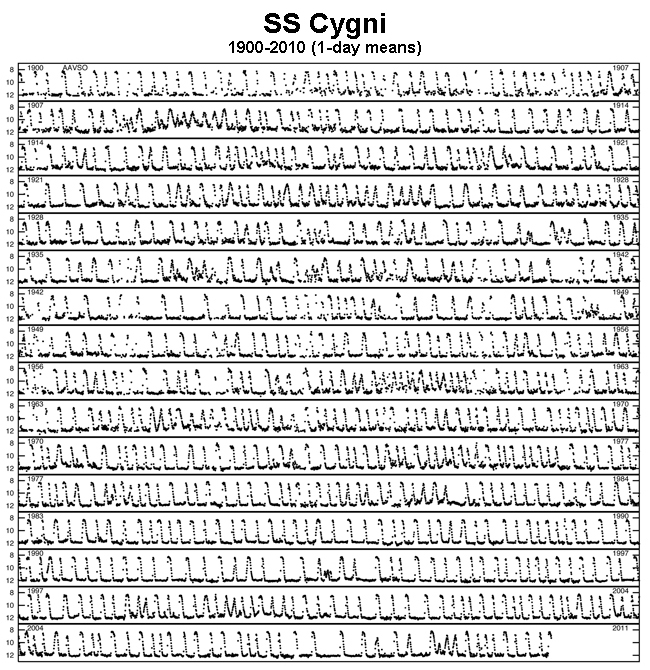 Information on submitting Optical and Spectroscopic observations to the AAVSO may be found at:
https://www.aavso.org/webobs