The Bright Star Monitors (BSM) are a subset of the AAVSOnet. They offer members an opportunity to do CMOS and/or CCD multi-filter observing of stars from 0 to 16 in Vmag with small, robotically controlled telescopes that are located from New Hampshire to Australia.  An additional benefit is that it gives dark sky and clear weather to member who might not have that from their location.  It also provides robotic observations when one has other engagements and is not able to observe from their telescope. Images are automatically calibrated and then provided to the users for analysis. The AAVSOnet Forum is available for questions, comments, and suggestions.

When the unusual eclipsing binary ε Aurigae approached its 27.1-year primary eclipse in 2008, none of the telescopes accessible to the AAVSO were capable of obtaining photometry on such a bright object. We also realized that this was not an isolated case; there are hundreds of bright variables that are being overlooked by professionals and amateurs alike. Every current survey saturates on the bright stars. The one survey that comes closest is the wide-field cameras of the All-Sky Automated Survey (ASAS), which saturates at mag 10 and has a limiting mag of 17. The visual observers have been doing an excellent job of following the bright long-period variables, like Mira and R Sct, but all of the bright low-amplitude variables, such as the naked-eye Cepheids and Algol are not being followed with high precision.

As a pilot project, the Council decided in 2008 to create a simple, inexpensive BSM system consisting of a 60mm refractor, GOTO mount, BVRI filters, CCD camera, and commercial software (all funded by Council members).  In 2009 the AAVSO received an NSF Citizen Science grant to study the upcoming minimum of ε Aurigae.  In April, 2009 the initial BSM was installed at the Astrokolhoz Observatory at Cloudcroft, NM (see below). 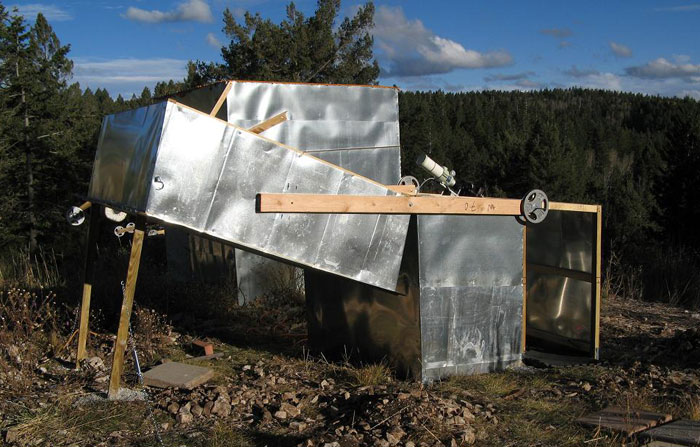 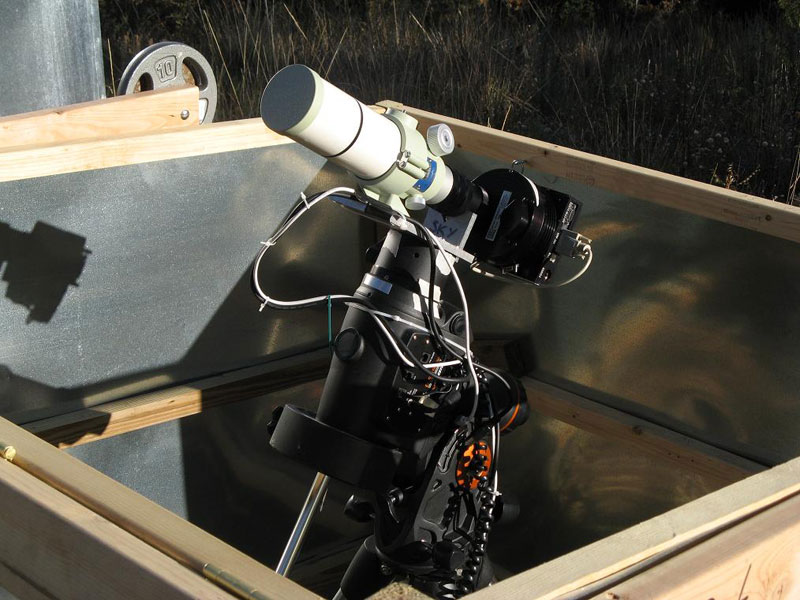 ε Aurigae began to fade in August of 2009 and the BSM observations beginning in September are indicated by the large blue plus signs on the flat bottom of the BVRI light curves shown below: 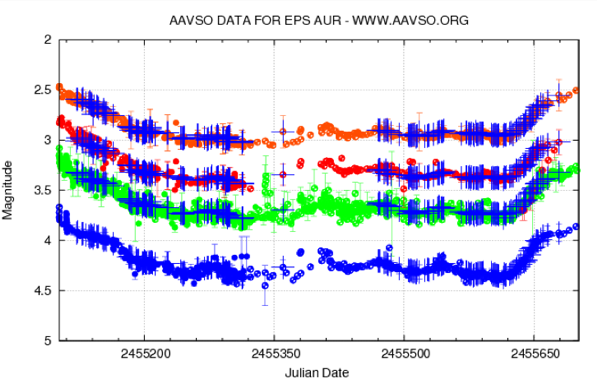 Setting up this original system was an exercise in scrounging. Several people (including Jim Bedient, Doug Welch and Donn Starkey) made donations to pay for much of the equipment. SBIG donated the ST-8XME and filter wheel as part of their corporate sponsorship of the AAVSO. Doug George of Cyanogen contributed MaximDL. Bob Denny of DC3 Dreams contributed ACP and ACP Scheduler.

Based upon this pilot experience, it was decided to expand the system to multiple sites worldwide using similar equipment and offer use of the system to AAVSO members as a benefit.  Several years of experience with this network has shown that precision, bright star photometry is possible using small telescopes, even in bright, urban environments.  Many bright variables got their first BVRI light curves. Comparison stars for bright targets were developed and the platform served as a testbed for hardware and software.  Many member projects contributed to the AAVSO International Database (AID) and resulted in multiple scientific publications.

However, it became apparent that the mounts were not sufficiently robust for long-term robotic operation. The small OTA apertures caused scintillation during short exposures and some cameras reached the ends of their useful lives as CCD sensors became less available and often replaced by CMOS technology.  Fortunately, Richard Post was able to obtain mounts and OTAs on long-term loan from The Tzec Maun Foundation and contributions for new CMOS cameras came from the membership.  After thorough testing at the New Hampshire site, new systems also came on-line in New Mexico, Hawaii, and on the east and west coasts of Australia.  The image below is of the New Mexico instrument: 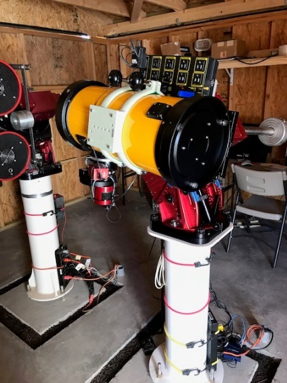 The newest of the BSMs (BSM_TX) came online in May of 2020 at the Dark Sky Observatory in West Texas (see below): 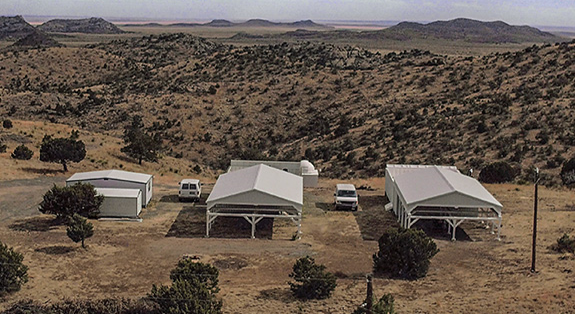 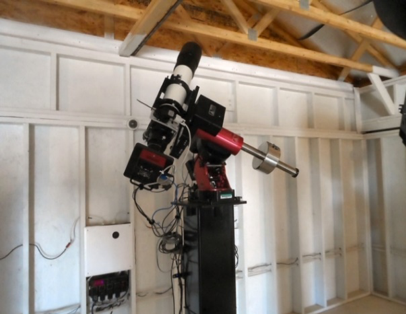 How to use the Bright Star Monitor Network

To be assigned telescope time, an AAVSO member simply provides a brief description of the project and the appropriate target information, using the following form, to the Telescope Allocation Committee (TAC).

Input for the proposal:

How to get help

If you need help with your proposal, the BSM Section Leader is available through email to answer your questions.  Written questions can be also submitted via the AAVSOnet Forum.  Another resource is the AAVSO mentor program which is primarily designed to pair new observers with experienced members who can teach them about observing techniques, tools, and methods, but can also be a resource for advice on target selection and interesting projects in support of educational objectives.  Finally, if you are a member new to photometry, there are AAVSO CHOICE Courses that are available to augment your understanding of CCD observing and photometric analysis. 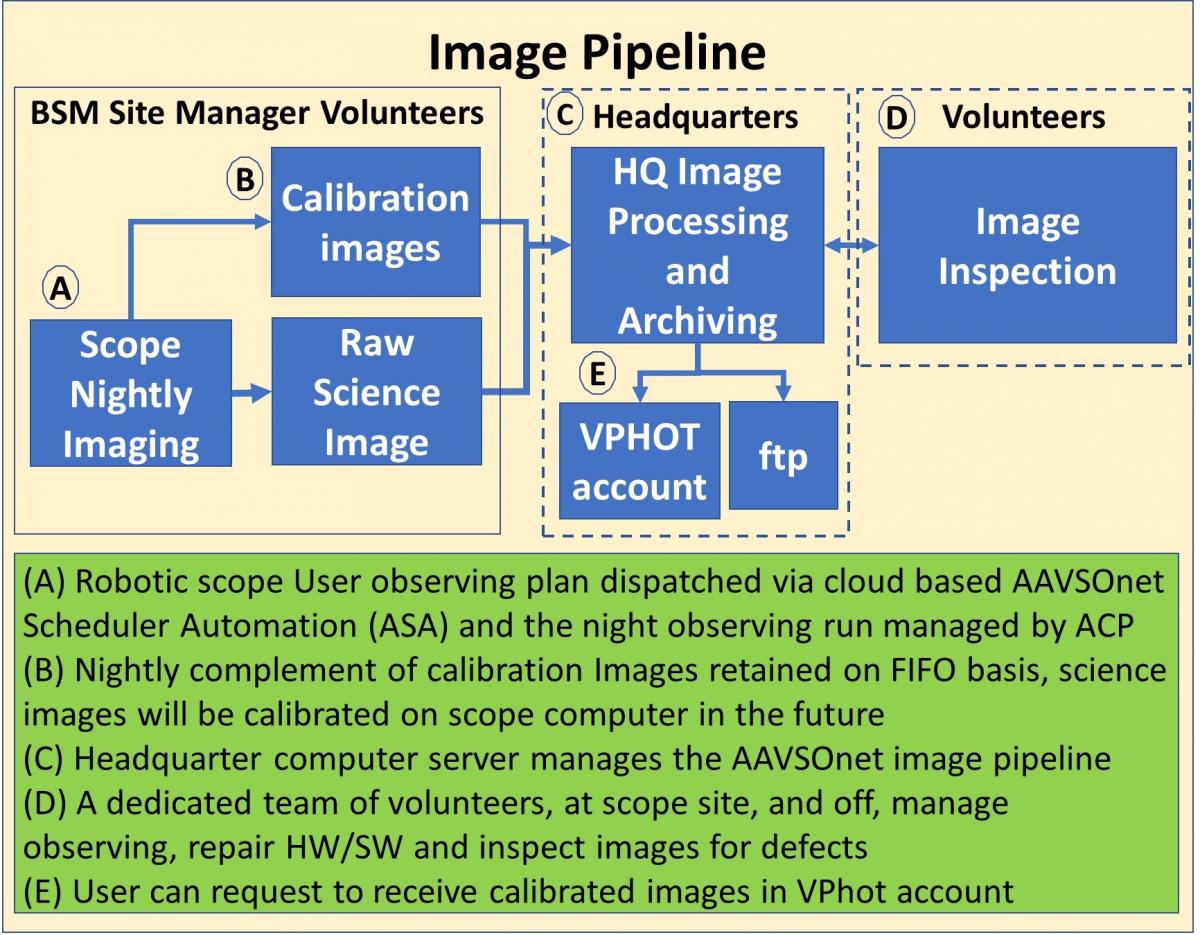 Images can be found here:

Images can also be sent directly to a member’s AAVSO VPhot account:

The AAVSO_Monitoring Survey is a catchall project, containing generally transient objects like PNV_J183657, campaign targets like EE_Cep or b_Per, or just targets where we've been monitoring the field for a long time and continue to do so.

We ask that the adopter write a brief proposal for the Telescope Allocation Committee, perform the photometric analysis and submit the data to the AAVSO International Database.  The images will be available through your VPhot account. A list of current targets is provided in the table below.

Also, see the Input for the Proposal paragraph to find out what is needed for submitting the proposal. Remember that the filters, exposures, etc. for these stars have already been determined and don’t need to be identified. For the science statement, you can indicate that you are responding to this BSM Section request for these legacy AAVSO Monitoring Survey stars. Please indicate your interest in an available target by posting a message in the AAVSOnet Forum. Look for an updated table as other targets are added.

George Silvis developed and maintains the AAVSO Scheduler Automation (ASA) software which is used to dispatch plans to the BSM sites with help from Cliff Kotnik.

AAVSO expresses its sincere thanks to the following sponsors for discounts, donations and long-term loan of equipment and software>