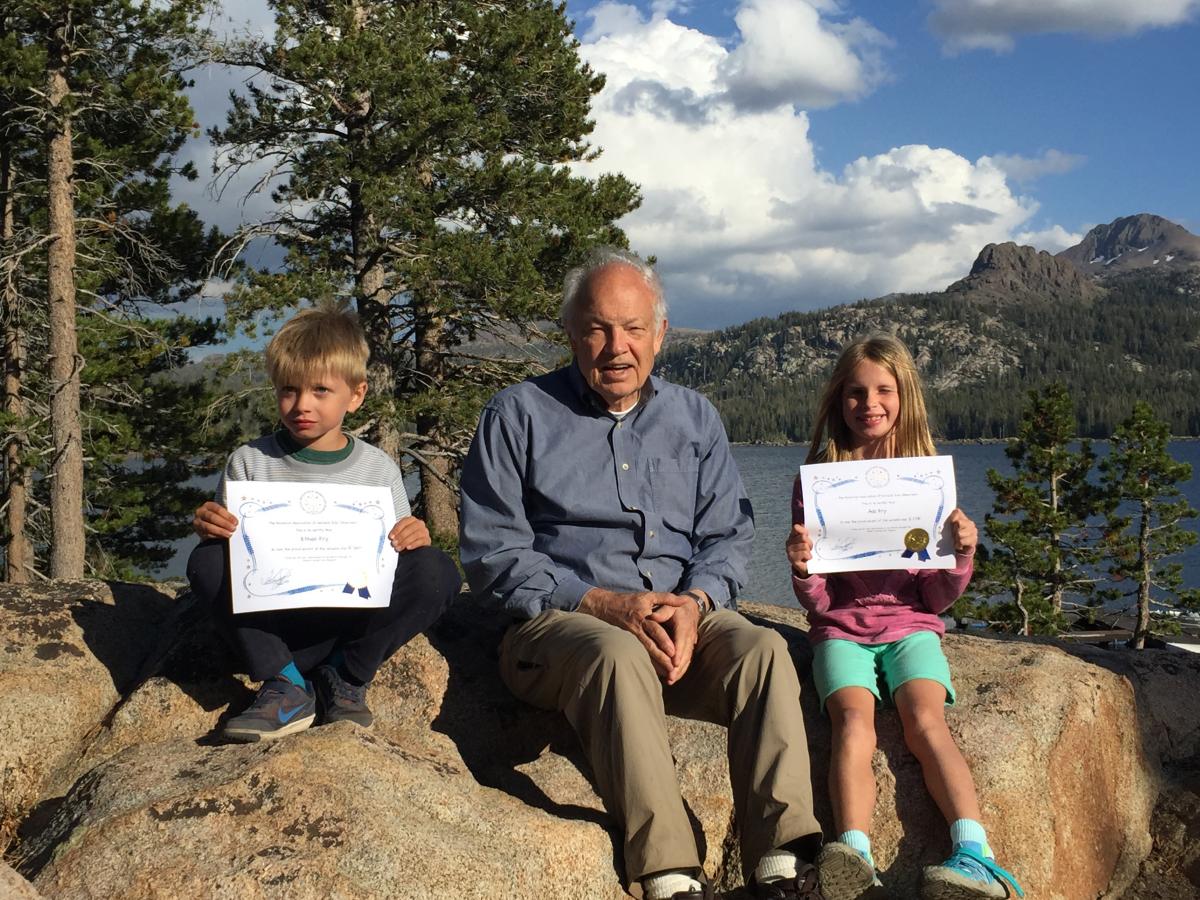 June 11, 2020 - The Adopt-a-Star program has been discontinued. Please rest assured that all current adoptions will still be honored until the year of your adoption is over. Many thanks to all of you who contributed to the AAVSO through this program over the years.

The Adopt a Variable Star program supports the work of the AAVSO. Anyone can “adopt” a star listed in  Variable Star Index (VSX) for one year, for a donation of $50.00 US (tax-deductible in the US).

When you adopt a star for a year you will receive a star chart of that variable star and a certificate showing the name of the person you specify. During the year, when a light curve for that star is created using the Light Curve Generator, your name or the name of the person you designate will appear on it. In addition, any star you adopt will also appear on the AAVSO Target Tool as a high priority target, giving your star more visibility. At the end of your year you will receive a light curve of the star.

There is no limit to the number of variable stars a person can adopt (at $50.00 per star). 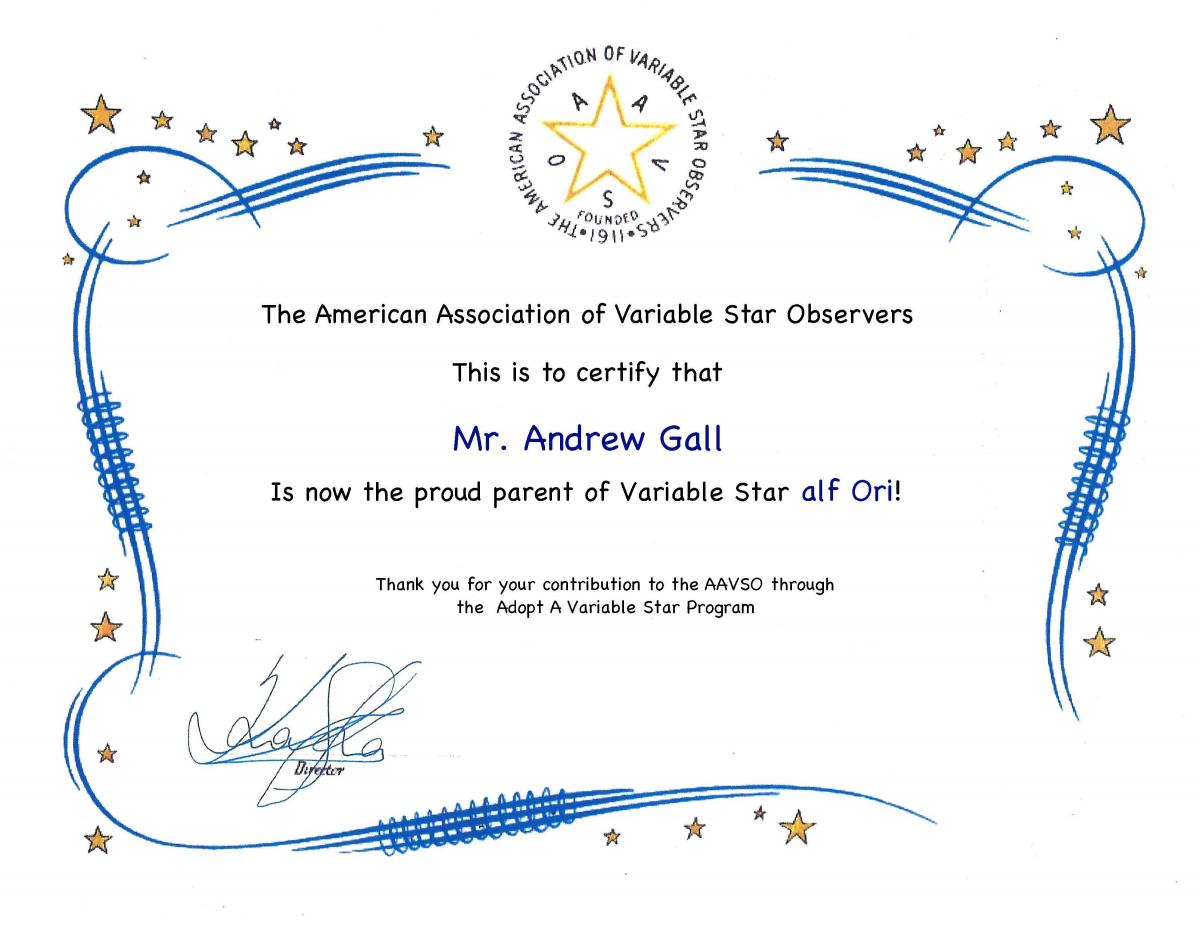 To be clear, you are not buying a star, you are not becoming the owner of anything pertaining to that star (except bragging rights), you are simply donating to the AAVSO in the name(s) of your favorite variable star(s).