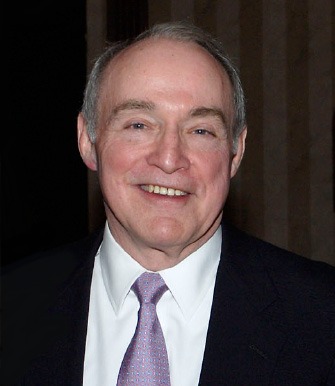 Gordon was raised in New York, Connecticut and Ohio. After graduating from Caltech (BSEE) and the University of New Mexico (MSEE) he joined IBM working on the Apollo Space Program.  He later managed the organization that developed the flight software for the Space Shuttle, receiving NASA’s Public Service Award for his work. During the 1980’s he became General Manager and Vice President of IBM’s Gaithersburg facility. In the 1990’s he was Vice President and General Manger of IBM’s Global Services organization and helped lead IBM’s transition into the IT services business.

He and his wife have lived in New Mexico, Texas, Maryland, Connecticut, and California.

Since retiring he’s worked to improve public education – particularly to the underserved community – and to increase young people’s interest in science. He is also an active amateur astronomer supporting professional research of cataclysmic variables with his work with the AAVSO and Center for Backyard Astophysics.

He served on non-profit Boards in Stamford, Connecticut including Stamford Achieves, the Business Council of Fairfield County, YMCA, Yerwood Center, the United Way, and Fairfield County Community Foundation. In 2005 the Stamford Advocate named him Community Leader of the Year. After moving to California in 2009 he joined the Board of the Astronomical Society of the Pacific, and was Board President from 2013-2015. He is also a Director at CuriOdyssey, a science and youth education non-profit organization located in San Mateo, California.