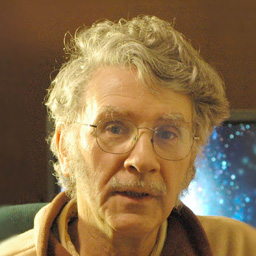 "I am running for Council because I support the goals and work of the AAVSO. I want to see the organization operating on a solid financial base, growing in membership, continuing to make a significant contribution to the science of astronomy, and reaching out to the next generation of amateur and professional astronomers now in grade schools, high school, and college.

Telescopes, instruments, and precise measurement have always fascinated me. While in junior high school, I became an avid telescope maker (culminating in a 12-inch Newtonian), got into astrophotography, constructed a spectrograph, and in 1964, measured the light curve of a lunar eclipse using a Clairex photocell at the focus of a 6-inch f/2 mirror. After earning my BA (UVa) and MSc (York U), my work involved designing and building instruments for aurora research, optical air-pollution measurement, and the Apollo-Soyuz mission.

In 1976, I changed careers, joining the staff of ASTRONOMY as Technical Editor, and worked my way up to Editor-in-Chief. In that role, I spent 16 years editing, writing, and promoting the enjoyment of astronomy at all levels. I take pride in having built the solid editorial team that has taken ASTRONOMY from a struggling start-up with a minuscule budget to a profitable, large-circulation monthly magazine.

As a freelance writer, I wrote my first book, Build Your Own Telescope, followed by The Dobsonian Telescope, The CCD Camera Cookbook, The Handbook of Astronomical Image Processing, and Telescopes, Eyepieces, and Astrographs. As a fledgling software developer, I created a succession of programs for image processing back in the days of MS-DOS. My later program, Astronomical Image Processing for Windows (AIP4Win), is still widely used for CCD photometry by members of the AAVSO.

As a member of Council, I will work to see the current assets of the AAVSO employed fully and efficiently, and to help the AAVSO build membership, do great science, and serve as a resource for the astronomical community."