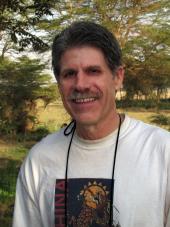 "My journey started many years ago with a small telescope as a gift from my parents. I later put that 60 mm refractor to good use in the backyard tracking down Saturn and gazing upon its rings. I was hooked. Later, an introductory astronomy class in college led me to the local astronomy club where I eventually became Treasurer and President. My astronomical journey during the 1970’s took me to astrophotography where I built cold cameras and hyper-sensitized film. From there, Bill Goff led me to the ‘Dark Side’ getting me involved in observing variable stars. Through the 80’s and 90’s I stuck with various amateur research projects eventually working with several planetary scientists observing asteroids.

These nighttime (and daytime!) explorations have been made possible by my chosen profession, being a Certified Public Accountant owning a local CPA firm. Over the course of this 40 year career, I have specialized in nonprofit entities. It was natural that I became the Chief Financial Officer of several amateur astronomy nonprofits. Eventually, my works in planetary sciences lead to setting up a nonprofit to house an observatory complex in the California desert and a research corporation to manage grants from NASA and the NSF. Work continues nightly at the Center for Solar System Studies which currently houses nine robotic observatories containing 15 telescopes.

Asteroid (39890) Bobstephens was named by the International Astronomical Union.  I also received the G. Bruce Blair Award from the Western Amateur Astronomers for many years of contribution to amateur astronomy.  In 2009, the American Astronomical Society awarded me the Chambliss Award for Amateur Achievement. In 2012, the Riverside Telescope Makers Conference awarded me the Clifford W. Holmes Award for major contributions in popularizing astronomy"