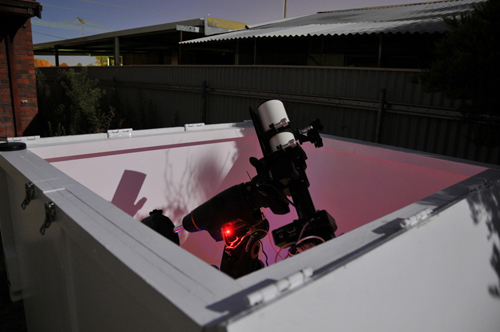 (The text below was adapted from an article in the AAVSO Inner Sanctums newsletter, January 2011)

In December, 2010, Richard Berry donated appreciated stocks to the AAVSO to commission another Bright Star Monitor survey telescope and asked that it be named in honor of his brother Martin Bruce Berry (1952-1997).

Martin earned a BSEE from University of Iowa 1975, and a MSEE University of Iowa 1979. He worked in measurement related electronics for 15 years with both a scientific and industrial focus. Work usually involved research and development of unique or high performance techniques. For example, Martin participated in the design and testing of the University of Iowa's PLA instrument flown on the Galileo mission to Jupiter. "I expect atoms that were once in his skin cells are now in Jupiter's atmosphere", says Richard. Martin was diagnosed with multiple myeloma in 1994. Richard said, "I think the best friends he ever had were members of his cancer support group."  He died three years later.

So why would Richard dedicate a survey telescope in his brother's honor?

"I think that Martin would get a kick out of the concept of the Bright Star Monitor: a computer-controlled telescope and sensor patiently gathering scientific information night after night. I've told family members that I expect the BSM will have a useful lifetime of 10 to 15 years, and take about 500,000 images. I think that is a good way to honor Martin's memory."

BSM_Berry was first installed at AAVSO HQ, where it was used for testing of new hardware and software.  It is currently maintained and operated by Greg Bolt in Perth, Australia.  After construction of the enclosure and commissioning, BSM_Berry became operational in early 2015.  It is in an ideal location on the west coast of Australia, with an anti-correlated weather pattern with BSM_South on the east coast. 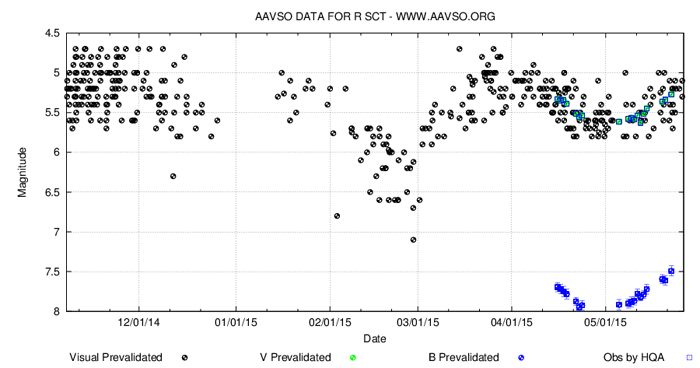