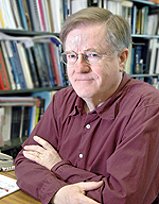 Dr. John R. Percy of the University of Toronto, longtime AAVSO member, former AAVSO President and Council Member, and current Editor of the Journal of the AAVSO, has been awarded the Education Prize of the American Astronomical Society for 2013.

The AAS Education Prize is to recognize outstanding contributions to the education of the public, students, and the next generation of professional astronomers.

John has devoted many years of his AAVSO membership to public education and outreach. Most notably, he conceived and Co-Directed the AAVSO's education curriculum project, Hands-On Astrophysics (1967, HOA; today known as Variable Star Astronomy). Also, John has published more than 50 scientific articles in JAAVSO in which he has collaborated with over 70 of his students (both high-school- and college-level), and who are co-authors of those papers.

John has also given numerous presentations on education and outreach at AAVSO meetings, and published papers in JAAVSO on HOA, Citizen Sky, the teaching of astronomy and the  development of student research projects.

The following is the citation for John's prize:

The 2013 Education Prize goes to John R. Percy (University of Toronto) for more than 40 years of tireless advocacy for K-12 astronomy education in Canada and worldwide, during which he has trained and mentored many people who themselves have made major contributions to astronomy, astronomy education, and amateur astronomy. John Percy is further recognized for leading and promoting effective partnerships with amateur astronomers and informal educators, for his public outreach efforts and leadership through numerous scientific societies, for his role in programs that use astronomy to inspire youth throughout Canada and in underserved communities worldwide, and for inspiring the international Galileo Project combining astronomy, music, and visual arts.