A Permanent Place in the Heavens… 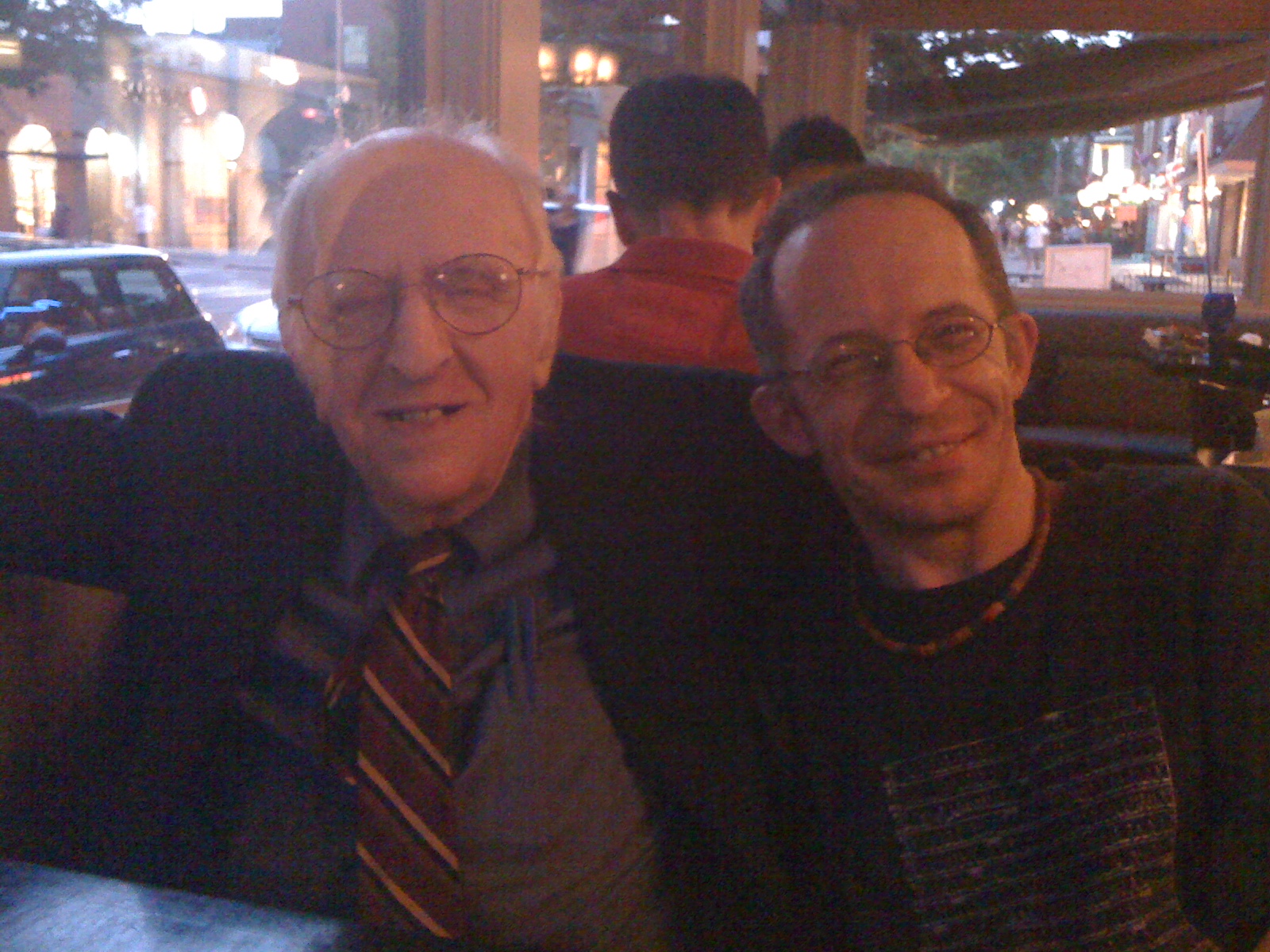 Many of you may remember an interesting human interest story that started at the AAVSO some three years ago. Our Sciences Director, Dr. Matthew Templeton, found in the McAteer Library a doctoral thesis entitled "A Photoelectric Study of Some RV Tauri and Yellow Semiregular Variables." Matt went to the ADS to see if the thesis and its data had been digitized. It hadn't. Matt then looked up to see what else the author had written as the thesis has been published in 1956. He found nothing. That was odd. He then googled "Frank E. Kameny" and came up with his story. Matt immediately emailed me.

Dr. Kameny had been fired in the late 1950s from his post in the Army Map Service by what is now the Office of Personelle Management for being Gay. Dr. Kameny took it as a declaration of war and the government found out over the last 50 years, Frank fights to win. Over the last 50+ years Frank Kameny has been involved in every DC-related Gay issue, and most of the national ones. The most historic decision he was a part of was the removal of homosexuality from the American Psychiatric Association's manual of mental disorders.

In late July of 2009 I went and met Dr. Kameny. I took the thesis down to him to have him sign it for the McAteer library, also bringing down modern light curves of the stars in his thesis. He said to me he hadn't looked at the thesis in decades but had read through it a few days before we met, and he felt a door that had long ago closed to him had re-opened.

It could be argued that the AAVSO's discovery helped touch off a small movement in the astronomical community that Frank would have been thrilled with. I was honored to work with the American Astronomical Association last year to form the new AAS Working Group for LGBTQI Equality which the Council approved in January of this year. Also during that AAS Winter Meeting a Certification of Appreciation was given to Frank Kameny from the AAS for all he had done. Work is still being done on possibly naming an AAS award for Dr. Kameny. The AAVSO's signed doctoral thesis was used as part of that ceremony.

The sad part in all of this is that Frank's friend Charles Francis had to accept the AAS Certificate of Appreciation for him. Frank had died on 11 October of 2011. Never one to give up, and never one to let an opportunity pass him by to further his cause, it struck no one familiar with him that Frank choose to leave us on National Coming Out Day.

I wrote an obituary for Frank Kameny, who held the AAVSO Observer Initials KFE, in October when he died that was published to the AAVSO Discussion list. It caught the eye of former Treasurer and Council Member Gary Billings. Gary, who is also active in minor planet astrometry and photometry, wrote me saying, "I have several asteroids to my credit that I've not named yet. What do you say we name one after Frank?" Floored, I gratefully accepted. "Good," Gary said. "You write up the citation, and I'll submit it."

Months went by (these things take time) and both Gary and I thought that the name had been rejected by the MPC and IAU. Friday morning, 6 July, I came to HQ and opened up my email to a message from Gary saying, "Oh! Oh! Oh! Looks like it went through!!!!! Just got this, seconds ago, indicating that [Minor Planet] 40463 has been named. And [Minor Planets Circular 79911] shows 40463 is Frankkameny."

(40463) Frankkameny = 1999 RE44
Discovered 1999 Sept. 15 by G. W. Billings at Calgary.
Frank E. Kameny (1925–2011) trained as a variable star astronomer in the1950s, but joined the Civil Rights struggle. His contributions included removing homosexuality from being termed a mental disorder in 1973 and shepherding passage of the District of Columbia marriage equality law in 2009.

And so, with that, another AAVSO friend and variable star astronomer, someone who worked in his time with both Margaret Mayall and Dorrit Hoffliet at Harvard Observatory, is given a permanent place in the heavens he, and we, love so much.