An international team of astronomers succeeded in detecting signs of aging in the red supergiant star T UMi. The star in the Little Bear constellation is currently going through its last nuclear “hiccups,” and will soon end its 1.2 billion year-long life.

Imagine that you are a fly and you want to figure out how humans age. You don't have the time to just pick one specimen and wait it out: you need to work with what you see right now, and try to make sense of it somehow. This is the core problem of figuring out stellar evolution under human lifetimes.

The lives of stars progress very gradually, and most of the time we cannot detect the passage of time in these objects. A well-known exception to this rule is a supernova explosion, but the vast majority of stars do not experience this phase. Stars similar to the Sun end their lives much more quietly: they turn into red supergiants and then into planetary nebulae after a few billion years, and leave behind only a small white dwarf as a remnant.

Astronomers have pieced together evidence of this sequence by observing millions of stars, each with different age and mass, and by calculating "typical," or average, behavior using stellar models. However, it is difficult to find direct evidence that any particular star follows this path.

Researchers at the Konkoly Observatory of the Hungarian Academy of Sciences, Dr. László Molnár and Dr. László Kiss, and their international collaborator, Dr. Meridith Joyce, at the Australian National University, have now succeeded at uncovering direct evidence of this evolution thanks to a brief window of opportunity at the end of the lives of smaller stars.

During the last few million years, during the star's transition from a red giant to white dwarf, energy production in the star becomes unstable. During this phase, nuclear fusion flares up deep inside, causing “hiccups,” or thermal pulses. These pulses cause drastic, rapid changes in the size and brightness of the star—visible over centuries. It is thus possible for a thermal pulse to be noticed over human lifetimes—if the timing is right and we know where to look for the signs of it.

Identification is aided by the fact that these old stars are also variable stars. Sound waves make them expand and contract periodically, creating pulsations over year-long cycles. These slow but very conspicuous light variations in many stars, including T UMi, have been followed by generations of professional and amateur astronomers for over a century. Despite the similar terms, pulsation and thermal pulses are two distinct phenomena, and we can utilize the former to search for the telltale signs of the latter: as the star shrinks during a pulse, the sound waves reach the boundaries faster, shortening the year-long pulsation periods.

T UMi was not an especially remarkable variable star until the 1980s, when its pulsation period began to shorten drastically. A thermal pulse was theorized to be the cause of this unprecedentedly rapid change by Hungarian astronomers in the early 2000s, but stellar evolutionary models were not accurate enough to match the observations to the theory until recently.

The Hungarian researchers had long intended to take another look at T UMi when better tools and more data became available. As Dr. Kiss explained, “Today, in the second decade of the 2000s, we can model the interior structures, evolution, and oscillations of stars in unparalleled detail and accuracy, thanks to immense developments in the field of numerical astrophysics. Theoretical understanding of T Ursae Minoris only became a real possibility in the last 4–5 years, but the investigations have never been completely off the table.”

And their patience paid off, as data collected by the world-wide observer network of the American Association of Variable Star Observers (AAVSO) during the last decade turned out to be crucial: they revealed that a second pulsation mode appeared in the star. These two distinct sound waves both "detune" as the star shrinks, making it possible to pin down the properties of the star with much higher accuracy than ever before.

Detailed physical modeling of the star was carried out by co-lead investigator Dr. Meridith Joyce at the Australian National University in Canberra, Australia. Through their collaboration, the astronomers reproduced the behavior of T UMi with state-of-the-art stellar evolution and pulsation codes.

“Though our techniques for modeling stars have improved significantly in the last few decades, it is right at the forefront of our capabilities to model such a brief evolutionary event with this kind of precision. The project required developing entirely new software and data extraction tools,” said Dr. Joyce. To put the difficulty of the task in context: the models are designed to map out billions of years of stellar life, but precision on the order of 5–10 years is required to calculate the pulsation periods.

But the models were successful. In the end, the calculations revealed very strong evidence that T UMi is entering a thermal pulse, and additionally showed that the star was born 1.2 billion years ago at roughly twice the mass of the Sun. This is the most precise mass and age estimate for this type of an old, single star ever achieved.

And the models have revealed insights into not only the star's past, but its future too: the astronomers have concluded that this contraction phase will last for 80–100 years in total, meaning that we will be able to see the star expand outward again in another 40–60 years. Testing this prediction will be very simple: we need only future generations of amateur astronomers to continue observing the light variations in T UMi.

Looking further in time, the models also suggest that the star is experiencing one of its last thermal pulses, and could thus enter its white dwarf phase within tens to hundreds of thousands of years. “It is a sobering thought that even 'rapid' events, like the onset of thermal pulse in a star, are still measured in decades. It could take one's entire scientific career to finally prove, or disprove, this kind of prediction. Nevertheless, we plan to keep an eye on T UMi for the foreseeable future,” Dr. Molnár, co-lead investigator of the study, concluded.

This will provide one of the most critical and direct tests of our models of stellar evolution to date, but, the direct observation of a thermal pulse carries broader implications as well. Thermal pulses enrich the entire Universe. Several elements, including carbon, nitrogen, tin, and lead, are not produced by supernovae, but rather in the depths of old stars like T UMi.

These elements are able to reach the surface of the star and enter the surrounding interstellar medium by the mixing induced during a pulse. From there, stellar winds push them out into the galaxy in the form of tiny specks of dust. These dust grains are the building blocks of the next generations of stars, making the formation of planets around stars, and perhaps even carbon-based life on those planets, possible.

“We are excited to have participated in this work,” said Dr. Stella Kafka, Executive Director of the AAVSO. “This is an excellent example of collaboration between professional astronomers and our observers who painstakingly provided data for decades. It is great to see new results on an old favorite.”

The results of this study have been published in The Astrophysical Journal. A preprint version is freely available at arXiv. 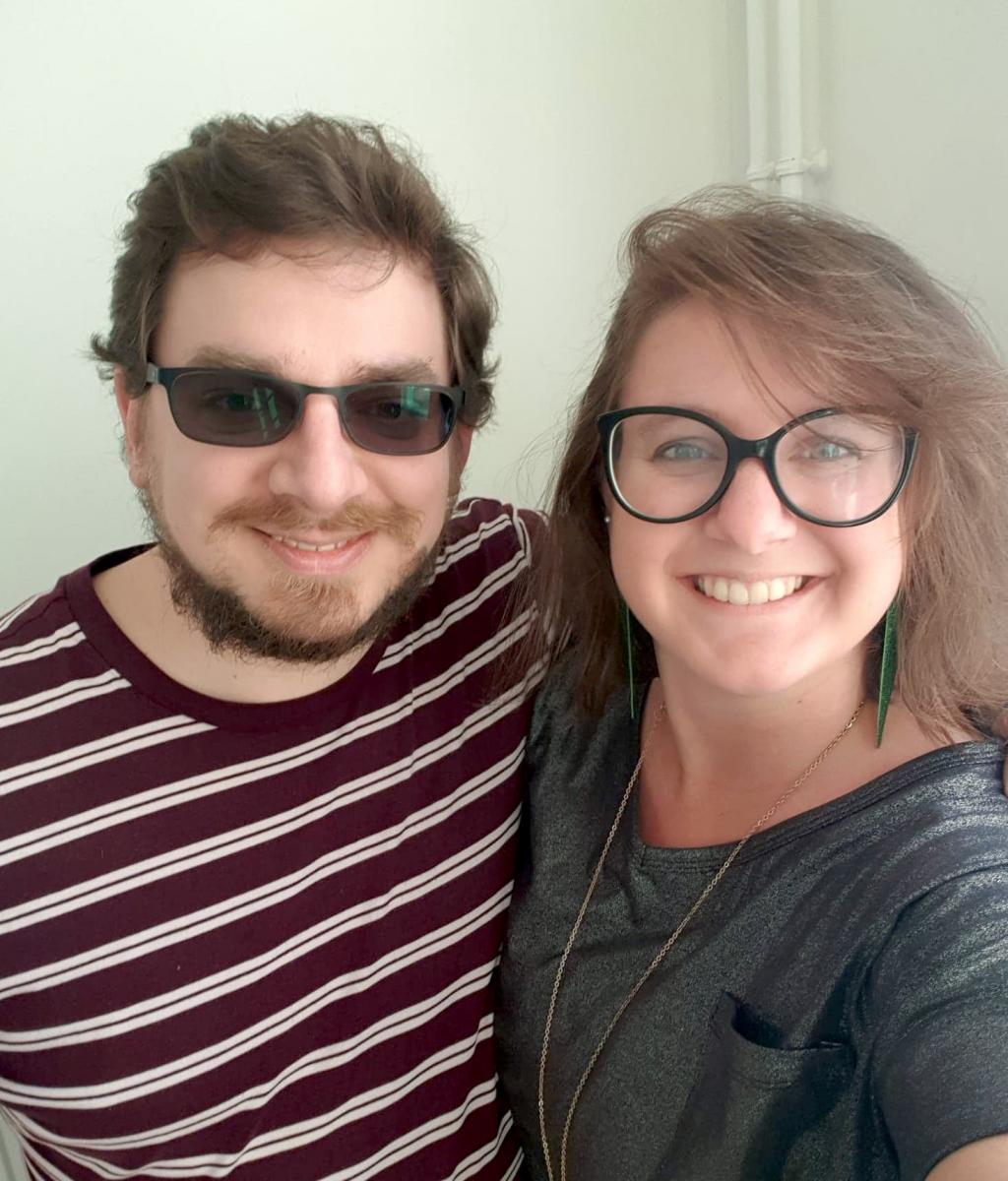 Dr. László Molnár (Konkoly Observatory, MTA CSFK, Budapest), and Dr. Meridith Joyce (ANU, Canberra), co-lead authors of the study, were responsible for the analysis of the observations and the numerical calculations, respectively.