What is the Shell Around R Coronae Borealis? 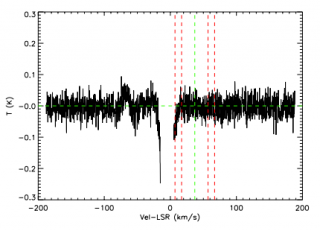 The hydrogen-deficient, carbon-rich R Coronae Borealis (RCB) stars are known for being prolific producers of dust which causes their large iconic declines in brightness. Several RCB stars, including R CrB, itself, have large extended dust shells seen in the far-infrared. The origin of these shells is uncertain but they may give us clues to the evolution of the RCB stars. The shells could form in three possible ways. 1) they are fossil Planetary Nebula (PN) shells, which would exist if RCB stars are the result of a final, helium-shell flash, 2) they are material left over from a white-dwarf merger event which formed the RCB stars, or 3) they are material lost from the star during the RCB phase. Arecibo 21-cm observations establish an upper limit on the column density of H I in the R CrB shell implying a maximum shell mass of less than 0.3 solar masses. A low-mass fossil PN shell is still a possible source of the shell although it may not contain enough dust. The mass of gas lost during a white-dwarf merger event will not condense enough dust to produce the observed shell, assuming a reasonable gas-to-dust ratio. The third scenario where the shell around R CrB has been produced during the star's RCB phase seems most likely to produce the observed mass of dust and the observed size of the shell. But this means that R CrB has been in its RCB phase for approximately 10^4 yrs.

Read the paper on atro-ph