RS Eri has a relatively short observational history based on observations currently residing in the AID.  It has really only been under relatively close scrutiny since the late 1980’s.  It is a Mira star with spectral type of M7e and the GCVS lists it’s amplitude as being between mag 7.9 to 12.8 with a period of 299 days.

So far this seems to be a fairly nondescript LPV, however around late 2015 the light curve seems to display a hump like or standstill feature on the ascending branch of the light curve as can be seen in the Figure below.  There is not a lot of datapoints and unfortunately most of them are my own!  However if you consider the slope of the ascending portion of the lightcurve before and after the standstill, it is evident there is a discontinuity there. 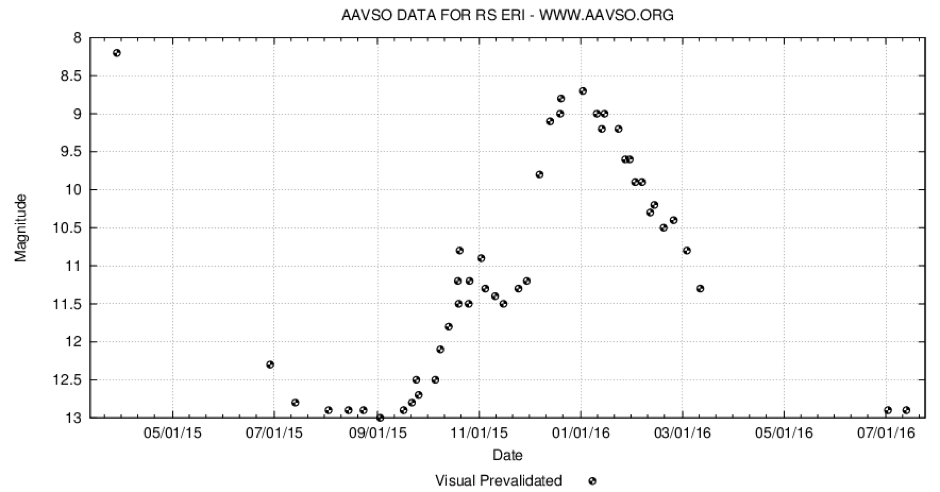 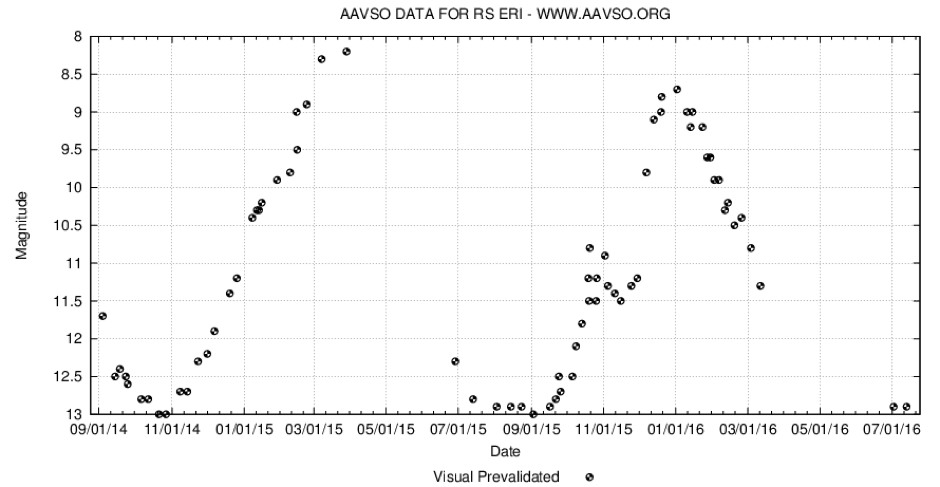 Humps or standstills on LPV light curves are not uncommon and we devote a whole web page on these features ably supported by Frank Schorr.  The unusual aspect of the hump for RS Eri is that there does not appear to be any other hump features in the light curve since observations started in earnest back in the late 1980’s.  The typical behaviour of the star over a few cycles (example shown in the mid 90’s) is illustrated in the Figure below which shows it to be one of the better behaved LPV’s! 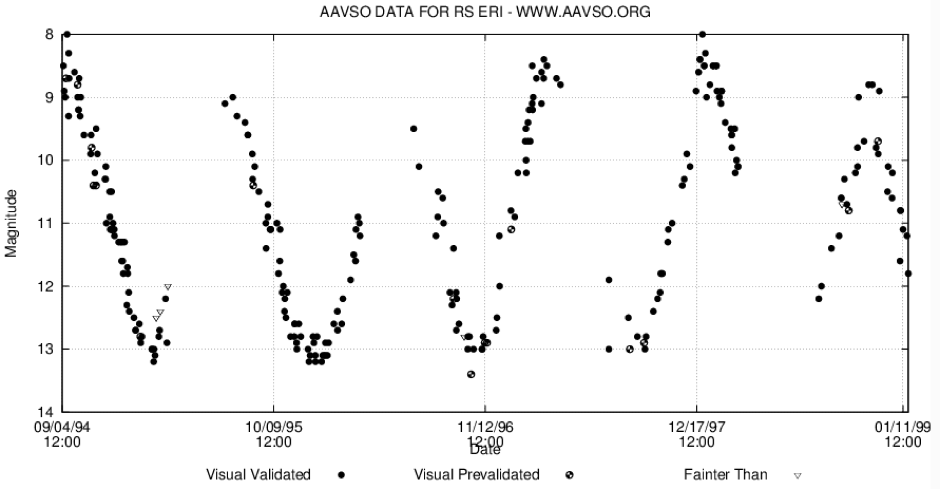 Furthermore, I’ve generated a phase plot for the star based on all observations in the AID using VStar and that is shown in the Fugure below.  This also displays no evidence of humps or standstills at regular intervals.

The other unusual aspect is that the period for this LPV is relatively short (slightly less than 300 days).  Previous researchers have found that LPV’s with longer periods (>350 days) seem to be the ones more prone to displaying these humps or standstills.  Also these longer period LPV’s appear to display these features on a more regular basis varying from appearing every cycle to every 7th or 8th cycle.  Frank has included links to a number of these research papers on the “LPV Humps” page.  However to show only one hump in over 30 cycles, means RS Eri is possibly an extreme example of a disparate group of LPV’s prone to these types of events.  Confirming the presence of a hump in a star of a much shorter period further widens the uncertainty as to exactly what is causing these events.

Using VStar, I’ve conducted a WWZ analysis to assess whether there have been any changes in the period of this star which is shown in the Figure below.  It appears as though these has been some gradual decrease in the period since the late 1980’s however the observational arc is too short to draw definitive conclusions on period changes and the influence this may have on the humps or standstills in the light curve. 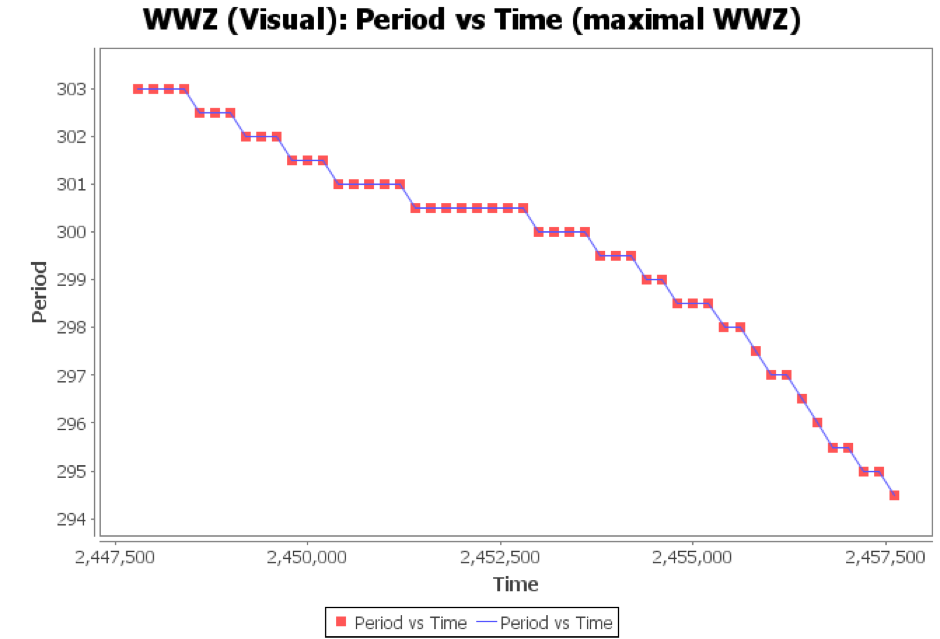 It is only through regular monitoring of these stars can we hope to detect these types of events.  The typical duration of these humps or standstills varies widely but is generally within the range of 20-50 days.  Therefore the frequency of observations really need to be around a weekly basis to have a good chance of detecting these features.

I would encourage all interested observers to consult the “LPV Humps” page and pick a selection of stars from Frank’s list to follow as part of an observational programme.

V. I. Marsakova and I. L. Andronov, “Variability of Long Period Pulsating Stars. III. Changes in the Parameters of Humps at the Ascending Branch” (Astrophysics, Vol. 50, No. 1, 2007)