U UMi is a bright Mira that has been well observed by the AAVSO since 1907.  Over 30,000 observations are in the AID from over 850 different observers as can be seen in the light curve shown below which displays all observations in the AID.  It is one of the Legacy LPV Program stars. 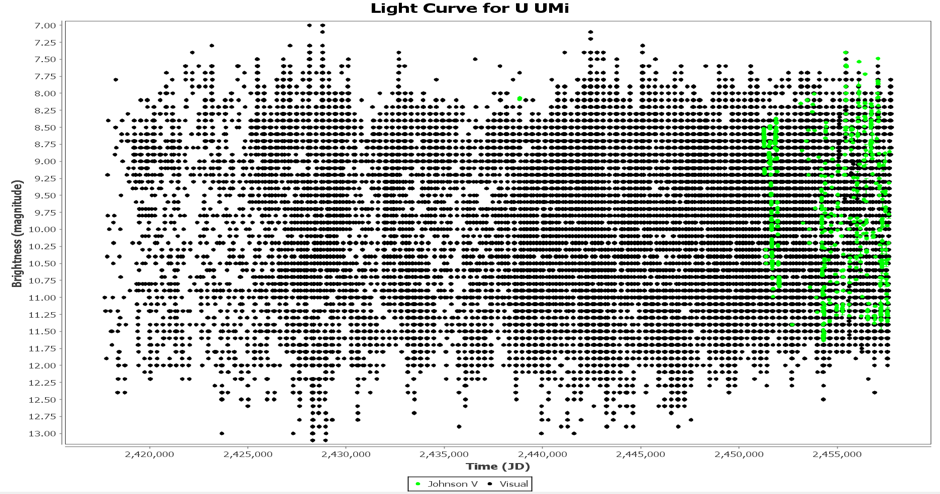 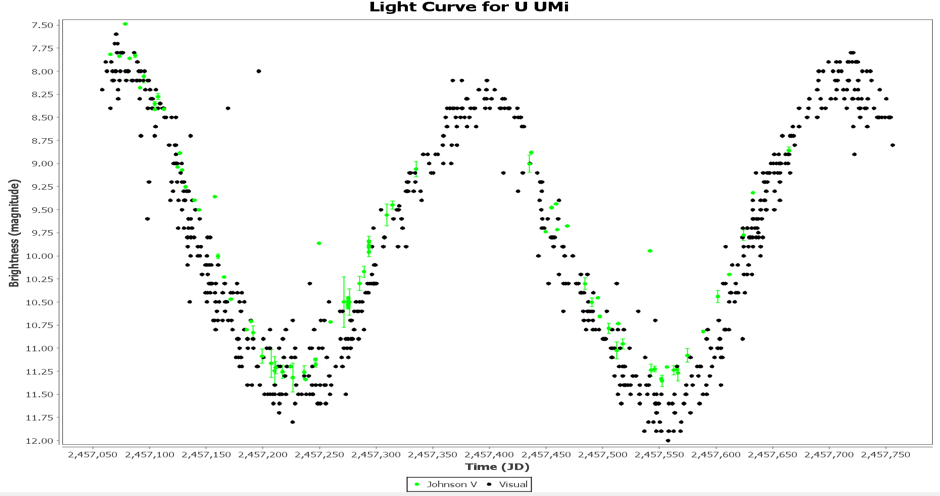 Only limited CCD photometry has been reported to the AID.  B-V has been measured around 1.5 at both around minimum and maximum.

U UMi is contained in the list of LPV Humps maintained by Frank Schorr as a possible “candidate” for a LPV hump star.  It possibly shows a hump in the ascending branch of the light curve.  It’s difficult to see this in the phase diagram below based on the visual observations due to the relatively large scatter. 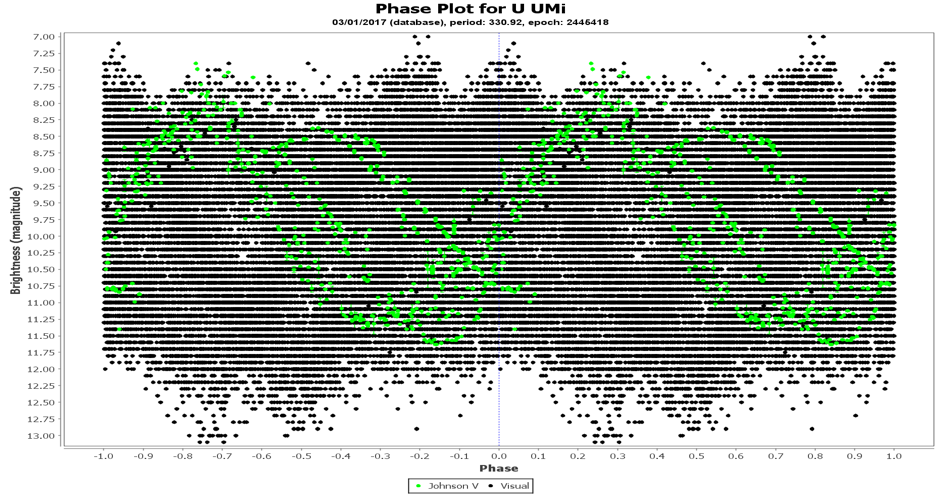 Marsakova and Andronov (2007) analysed a selected group of LPV's which show hump features in their light curves based on 80 year's worth of data from the VSOLJ and AFOEV and U UMi was one of the stars analysed in greater detail.  They found that, as with many other LPV's with humps, the humps don’t occur in every cycle.  For U UMi, they found that it occurred on average about every second cycle (51 cycles in 100 to be more precise).

They also found that the average duration of the hump was 19 days which represents about 5.8% of the total period.  The average phase of the cycle where the hump appeared was 0.24.  The phase diagram based on AAVSO observations seems to indicate the phase is about 0.30 where the hump is observed.  U UMi has an asymmetrical light curve with the ratio of duration of ascending branch to the total period being about 0.54.

Since the hump duration only averages about 19 days in duration, it is very difficult to see these in the AID data if one considers the light curves above for the last 2,000 and 700 days.  So the jury is still out as to whether this star does indeed display definite humps.  Further observations at a higher cadence than normally conducted for LPV observations on the ascending branch of the light curve would be very useful to confirm the presence of humps.

An analysis has been performed to ascertain any period changes in U UMi over the past 110 years based on observations in the AAVSO AID.  The figure below suggests that there has been a "meandering" of the period between the range of 320 to 331 days.  Some of these changes replicate very closely the period changes prescribed in the GCVS mentioned above.  This slow meandering behaviour (with period changes general less than 5% of the mean period) is relatively common in the longer period Miras and semi-regular stars.

Percy et al (1999) confirmed that for almost all of the Miras in their large sample (which included U UMi), period changes in the stars are dominated by random cycle-to-cycle fluctuations in period, at least over intervals of about 20 cycles. This makes it very difficult to detect evolutionary period changes using simple O-C diagrams and there is one or more random physical processes going on within the star. 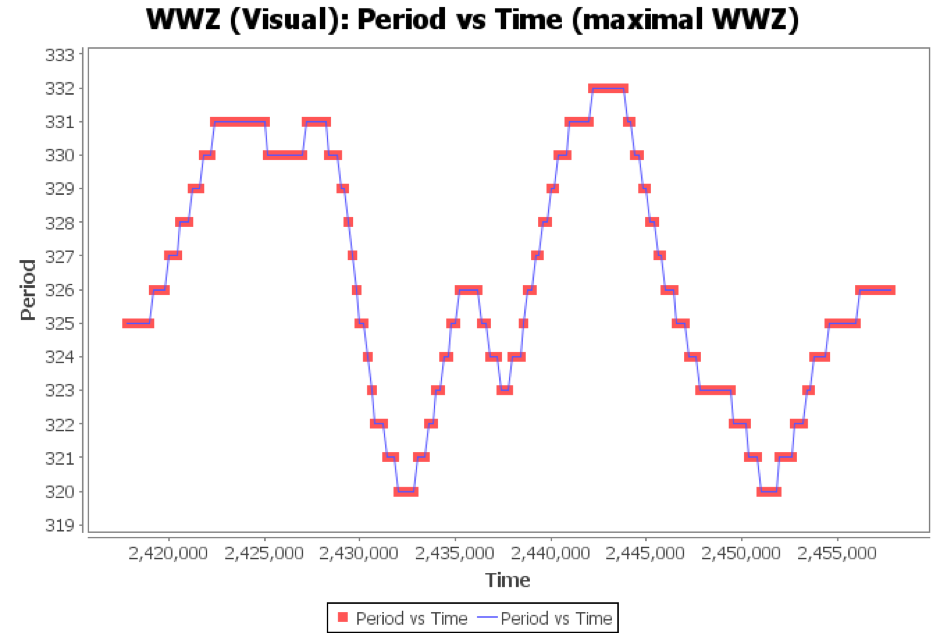 U UMi is an interesting LPV to follow so all are encouraged to maintain the coverage that has been in place over the last 110 years.