Brothers Shashank and Shashir Dholakia, participants in the AAVSO's Citizen Sky Project, won first prize in the Physics Category at the Synopsis Science Fair for their project titled "The Sky is No Limit - A Comparative Observation of the Variable Stars Beta-Lyrae and Delta-Cephei Using Accurate Backyard Photometry". They also won a Certificate of Achievement from the United States Air Force. There were about 750 total entries in the science fair.

A summary of their project is available here as a PDF file.

The summary makes good reading as an introduction to DSLR photometry. They used a Canon EOS60D on a Meade LXD55 mount and took data over three months. Below is a sample light curve taken from their PDF file: 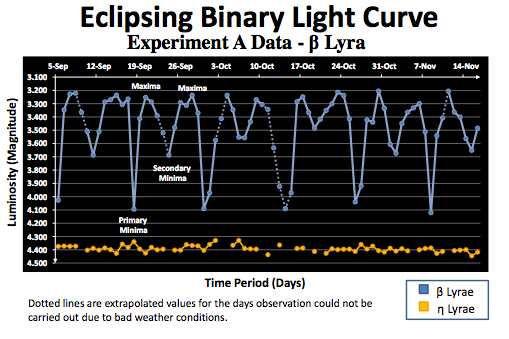