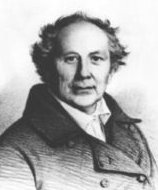 Friedrich Wilhelm August Argelander is generally considered the father of variable star astronomy. He was the first astronomer to begin a careful study of variable stars. At the time, only a handful of variables were known, and he was responsible for introducing the modern system of naming them using the capital letters R-Z.