AAVSO Observer Code
COO
Affiliation
American Association of Variable Star Observers (AAVSO)
Full Name
Lewis (Lew) Cook
Location
CONCORD, CA, US
Background/Interesting Fact
42nd Merit Award. CCD Photometry of cataclysmic variables.
I began my observations of variables while I was an undergraduate at LSU in 1964. Arlo Landolt was in his first or second year of teaching there, and I was impressed with his dedication. I designed a 1P21 photometer and used it to study RZ Cas. Arlo suggested I join AAVSO, but that suggestion lay dormant until I acted on it in 1974. My letter to Margaret Mayall was answered by the new director, Janet Mattei. I was on the Council at the time of the 75th Anniversary clambake. I was again on the council after we lost Janet Mattei, when Elizabeth Waagen stepped in and masterfully held the reins during the interim as Acting Director while we searched for a new Director. Arne Henden was our choice. Luckily, he accepted!
Website URL
www.lewcook.com 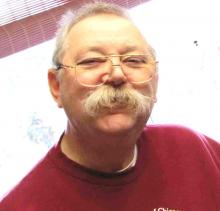