AAVSO Observer Code
BRIC
Affiliation
American Association of Variable Star Observers (AAVSO)
Full Name
Richard Berg
Location
Dryden, NY, US
Background/Interesting Fact
As a professional astronomer (Ph.D. from U.Va., 1970), I worked at the University of Delaware, and then at the University of Rochester. I've spent many long, dark and sometimes cold nights on top of Kitt Peak, as well as observing from Fan Mountain Observatory in Virginia, the Mt. Cuba Observatory in Delaware and from the Mees Observatory in upstate New York. Following my departure from an academic career in 1978, I worked at and finally retired from the National Geospatial-Intelligence Agency. Before I retired from there 2001, one of my main responsibilities was to manage the Agency's academic research grant program. IN 2015, I retired (for good) from my third career as a senior principal staff engineer employed by the MITRE Corporation, in Washington, DC. I have my own backyard observatory. I'm doing CCD photometry and taking pictures with a CCD camera and a webcam. My interests lie in variable and cataclysmic star observing programs, and other yet to be defined programs based on CCD photometry from my observatory. Seventeenth magnitude is easy with a 30-second exposure, and 18th is discernable, so there are lots of opportunities for contributions to the science. Living in rural central New York, I have an unobstructed view of about 95% of the sky. I've implemented a robotics capability in my observatory, and I've been"operational" since 2012. I've been a member of AAVSO since April, 2005.
Website URL
http://virgilobservatory.us 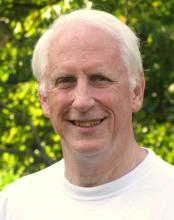