Congratulations to AAVSO staff member Mike Simonsen, and to AAVSO Past President Mario Motta who each have had an asteroid named in their honor by the IAU Minor Planet Center.

The official citations read as follows:

(367732) Mikesimonsen = 2010 UT62 Discovered 2005 May 4 by J. Bedient at Faulkes Telescope. Mike Simonsen (b. 1956) is a talented musician, an accomplished horticulturalist, a popularizer of astronomy, and a leader in the study of variable stars.

(133537) Mariomotta = 2003 TL10 Discovered 2003 Oct. 7 by L. Buzzi at Schiaparelli. Mario Motta is a well-known cardiologist, amateur astronomer and telescope maker. He is also known for his commitment against light pollution and engagement in education and outreach. He was AAVSO President during 2011-2013.

Mike Simonsen joined the AAVSO in 1998 and quickly became involved with many AAVSO projects, particularly in chart production. He is presently the leader of the Cataclysmic Variable Star Section, coordinator of the AAVSO Mentor Program, and administrator of the AAVSO's CHOICE Program, the Speakers Bureau, Writers Bureau, and the AAVSO Facebook page. Mike also served two terms on the AAVSO Council (2005-2009). Mike received the AAVSO Director's Award in 2005. He joined the AAVSO staff in 2007 as Membership Director and Development Officer.

In October 2011, Mike was awarded the Charles Butterworth Award from the BAA Variable Star Section "in recognition of his outstanding contribution to the development of charts and sequences"; and, in July 2012, he received the Astronomical League's Leslie Peltier Award for "his valuable variable star observations, leadership, and support of amateur participation in astronomy, and variable star research." 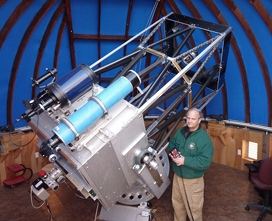 Mario Motta joined the AAVSO in 1985. He served on the AAVSO Council for two terms (1996-2000), and was AAVSO President (2011-2013). Over the years Mario has introduced many young people to astronomy, including through his creation of the AAVSO's "Partnership in Astronomy" education initiative in the mid-1990s. He is also an active member of the Amateur Telescope Makers of Boston. One of his greatest contributions to astronomy has been his involvement in education about light pollution. Recently, he applied his medical knowledge to understanding this problem: in 2012 he presented a monograph on the subject to the American Medical Association, summarized in JAAVSO, Vol. 40, 2012.