The heart and soul of the AAVSO are our observers - a diverse collection of people from around the globe who share a common interest in what we do. When asked what motivates them, this is what they had to say...

Congratulations to AAVSO staff member Mike Simonsen, and to AAVSO Past President Mario Motta who each have had an asteroid named in their honor by the IAU Minor Planet Center.

The official citations read as follows:

(367732) Mikesimonsen = 2010 UT62 Discovered 2005 May 4 by J. Bedient at Faulkes Telescope. Mike Simonsen (b. 1956) is a talented musician, an accomplished horticulturalist, a popularizer of astronomy, and a leader in the study of variable stars. 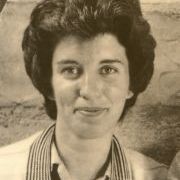