CAMBRIDGE, MA | Citizen science. Crowdsourcing. Data mining. The talk of Wall Street, Silicon Valley, and universities worldwide, these activities were pioneered by a 103-year-old network of astronomy enthusiasts. That organization, the American Association of Variable Star Observers (AAVSO), “is providing key pieces” to the biggest puzzles in astronomy, says educator and researcher Styliani (Stella) Kafka, who will become the organization's sixth director next February. According to Dr.

The AAVSO Director search results are in!

As you may know, Dr. Arne A. Henden is retiring as Director of the AAVSO at the end of January 2015 after ten years of devoted service to the Association.

As I mentioned in my Director’s Report last Fall, I will be retiring on or about February 1, 2015 (about 18 months from now).   I wanted to announce this early, so as to give the Search Committee sufficient time to find the right replacement.  Therefore, the search process is taking place a bit earlier than would normally be expected, so as to provide a good overlap between myself and the next Director.  Kevin and Mario have put together an excellent Committee, with a breadth of experience and expertise. 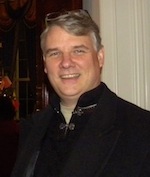