R Cnc is a bright Mira that has been well observed by the AAVSO since 1850.  Over 21,000 observations are in the AID from over 1200 different observers as can be seen in the light curve shown below which displays all observations in the AID.  It is one of the Legacy LPV Program stars.

light curve based on the last 6000 days is shown below.

It's spectral class is M6e to M9e according to the VSX and is classified as a Mira.  The GCVS lists R Cnc as having a visual magnitude range of 6.1 to 12.3 with a mean period of 361.6 days.

Analysis of all AID data in the period 1850 to the present day indicates an overall mean period of 362.0 days days.  There is also another signal present at 367 days that appears to be an annual alias of the main period.  Others are present at 182 and 121 days.  These could also be annual alias periods, however these are also very close to harmonics of the main period and so it’s difficult to determine whether these are alias or harmonic periods.  The light curve shape (as shown in the phase plot below) does not appear to deviate too much from a sinusoidal shape, therefore adding weight to these additional periods likely being alias periods.

However as Stan Walker from Variable Stars South has correctly pointed out, you need to be very careful with the assessment of the light curve of R Cnc.  Its period of 362 days is very close to a calendar year which means that we observe the same portion of the light curve between times of solar conjunction for many years at a time.  This therefore concentrates the observations to specific magnitude ranges and this can affect the mean magnitude calculations.  For example, the peak brightness of R Cnc has not been observed since 2004.  Since that time, we have not observed the peak brightness as the star has been in conjunction with the Sun at that time.  2004 clearly had observations either side of the maximum and so we're confident the peak was caught.  This also means that the majority of observations in the last decade or so have been when the star is in the magnitide range of 10 to 12 which skews the mean magnitude calculated (as opposed to the mean brightness) to the fainter limits.  This can be seen in the figure above which shows observations for the last 6,000 days.

If we examine the light curve for 6,000 days centred around 1952, the reverse is true!  In that period, for over a decade it was the peak brightness that was well observed and most observations were made when the star was in the range of 6.0 to 8.0, thus skewing the calculated mean magnitude in this period towards the brighter side.  So great caution needs to be exercised when analysing LPV light curves such as R Cnc.  Thanks to Stan for pointing this out! 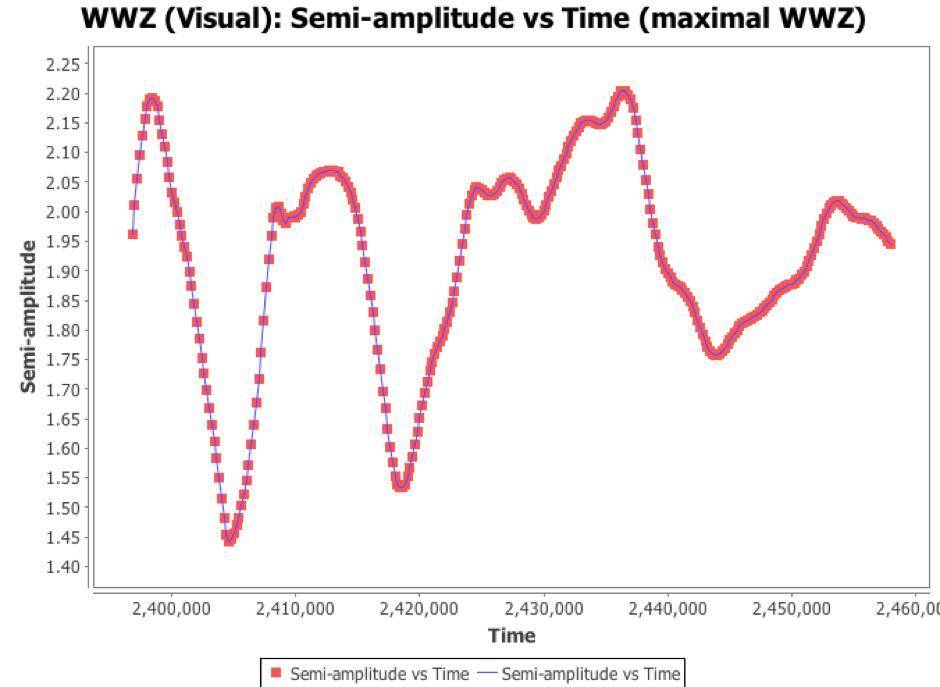 If R Cnc, does indeed have a variable mean magnitude, then it is noted that stars with a variable mean magnitude are rare.  There are a very few associated with Miras which are changing period rapidly, and may be undergoing a thermal pulse.  R Cnc appears to have a stable period.  An analysis has been performed to ascertain any changes in mean period in R Cnc over the past 167 years based on observations in the AAVSO AID.  The figure below suggests that there has been a "meandering" of the mean period between the range of 353 to 372 days but nothing out of the ordinary.

A number of researchers have reported the presence of circumstellar dust surrounding AGB stars and this specifically includes R Cnc.  Karovicova (2013) observed R Cnc via spatially and spectrally resolved mid-infrared multi-epoch interferometric observations to investigate the dust formation process in the extended atmosphere.  They found that the results were consistent with Al2O3 grains condensing close to the stellar surface at about 2 stellar radii, co-located with the extended atmosphere and SiO maser emission, and warm silicate grains at larger distances of about 4–5 stellar radii.  It is possible that the decline in mean magnitude could be attributed to this dust cloud, however these researchers did not see evidence of intra-cycle and cycle-to-cycle variability or of asymmetries within the error-bars and within the limits of the baseline and phase coverage.  So maybe the observing artefact mentioned above may be a suitable explanation.

Wittkowski (2016) conducted near-infrared K-band spectro-interferometric snapshot observations of R Cnc.  Their data confirm the presence of spatially extended molecular atmospheres located above the continuum radii with large-scale inhomogeneities or clumps.  The detailed structure of the inhomogeneities or clumps show a variability on time scales of 3 months and above.  Whether these “clumps” have some influence on the mean magnitude is debatable as variability in these clumps appears to occur on a timescale much shorter than then overall brightness decrease.

Percy (1990) published a short list of Miras with variable periods, amplitudes, or mean magnitudes.  There were only a handful of the latter, and R Cnc wasn't on the list. 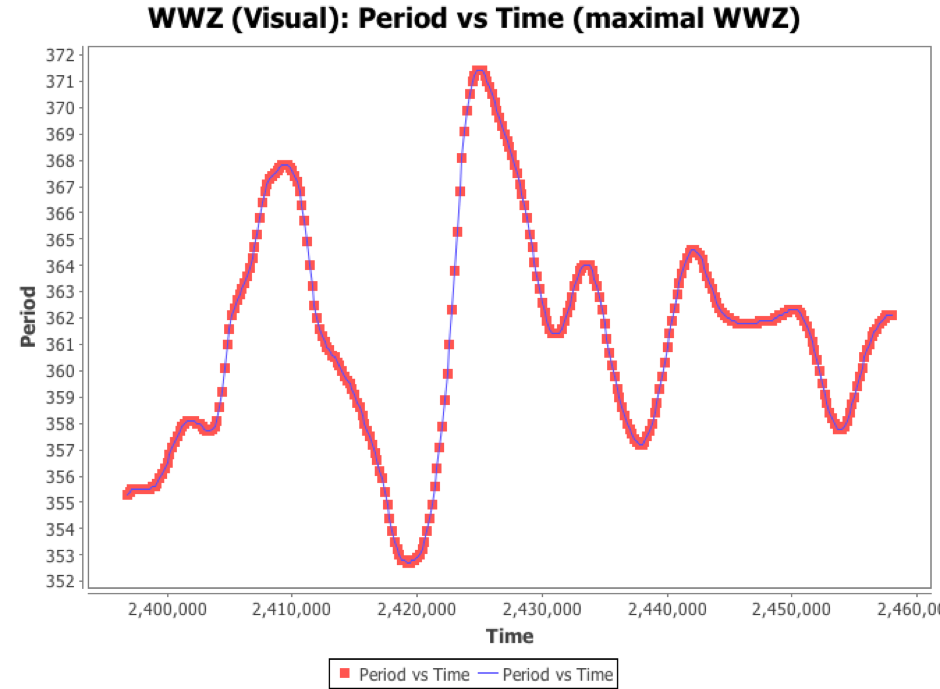 R Cnc is an interesting LPV to follow so all are encouraged to maintain the coverage that has been in place over the last 167 years.