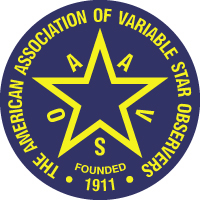 The LPV Program is designed to focus on stars of these classification which have long observational histories and have been subjects of several scientific publications. Additional stars have been added which are too bright or in fields too crowded to be well covered by surveys.

“The debt to our ancestors for the observations they made to our benefit,
we can pay only by doing the same for our ancestors.”
— Ejnar Hertzsprung, 1961

Miras are named after the prototype omicron Ceti, or "Mira The Wonderful". Mira was known to a number of ancient cultures, e.g., the Arabs and the Greeks, as a variable star. Miras are typically lower mass stars that are in the red giant phase of their evolution. The light curves for many look stable over years of observation, yet continued observation by the AAVSO and other variable star organizations has shown more than a few to be changing their periodicity, as well as exhibiting some unusual behavior in their light curves! These changes are indicative of the evolutionary processes taking place within the stars. Yes, these changes are slow to detect in any person's lifetime, but detecting these changes makes these stars scientifically important, and validates the continued observation of them over a long time span.

Semi-regular red giant pulsators, the SRa and SRb types are LPVs that exhibit less regular (periodic) light curves than Miras, presumably because these are in a somewhat different evolutionary stage in their lives. Studying their light curves has revealed some to be showing noteworthy behavior and more observations over long time periods are essential to understanding their unique behavior.

SRc LPVs are believed to be massive stars that are in the red (super)-giant phase of their lives, probably on the way to eventually becoming supernovae. These stars tend to have longer, but less periodic, light curves than the Miras, SRa, and SRb stars. These are rare stars. Some have low amplitude brightness ranges ( <= 1 magnitude) while other have ranges of several or more magnitudes, making these latter stars easy to observe by visual means.

RV Tauri variables are yellow supergiants in a later stage of evolution than the red giants. They are believed to be low mass stars, perhaps not much more than our Sun's mass. They exhibit unique light curves. Some light curves tend to be quite regular, with others showing a bit less regular curve and a superimposed "wave" of a longer periodicity. Hence, the subtypes of RVa and RVb. These variables have periods ranging from dozens of days to 100 or so days, notably shorter than the Miras and semi-regulars. These are also rare stars because they are believed to represent a very short lived evolutionary phase in their overall lives. Stellar evolution here is at a fast pace! Continual observation of the RV Tauris will likely reveal some interesting aspects of these objects.

SRd LPVs are a bit of a mixed bag of pulsating variables. Most are thought to be low mass stars and in a late giant or supergiant stage of their lives. Their spectral types are typically F, G, or K, much like the RV Tauris. It is currently thought that these two types are related, each being in a somewhat different evolutionary stage. Continued observation of the SRd and RV Tauri types may shed more light as to how these stars are related and to the details of late stellar evolution of low mass stars.

The L-type variables are stars which have poorly defined periodicity of brightness changes. Indeed, some may not truly be variables at all. Others may just have not been observed enough to determine if they actually belong in one of the categories mentioned above. The L types include both red giants and supergiants

Getting Started with LPV Observing

You should also look through the full LPV Program and Legacy LPV, and Binocular Program lists to see which stars are right for you and worth adding to your observing program. These are all included in the AAVSO Target Tool as well.

Don't forget, we also have the AAVSO Observation Planner Tool available on the AAVSO website as well!

Check out the LPV Discussion Forum on the AAVSO Website! This is a forum dealing with LPVs and related topics. Drop in to see what observers and researchers are talking about, ask questions and share your experiences and knowledge.

LPVs are fun stars to observe and the AAVSO still needs observations of these stars. Plus they are easy to find and identify, so you won’t spend cold winter nights looking for them. The following link shares some easy LPVs to get starting with. Read the full story.